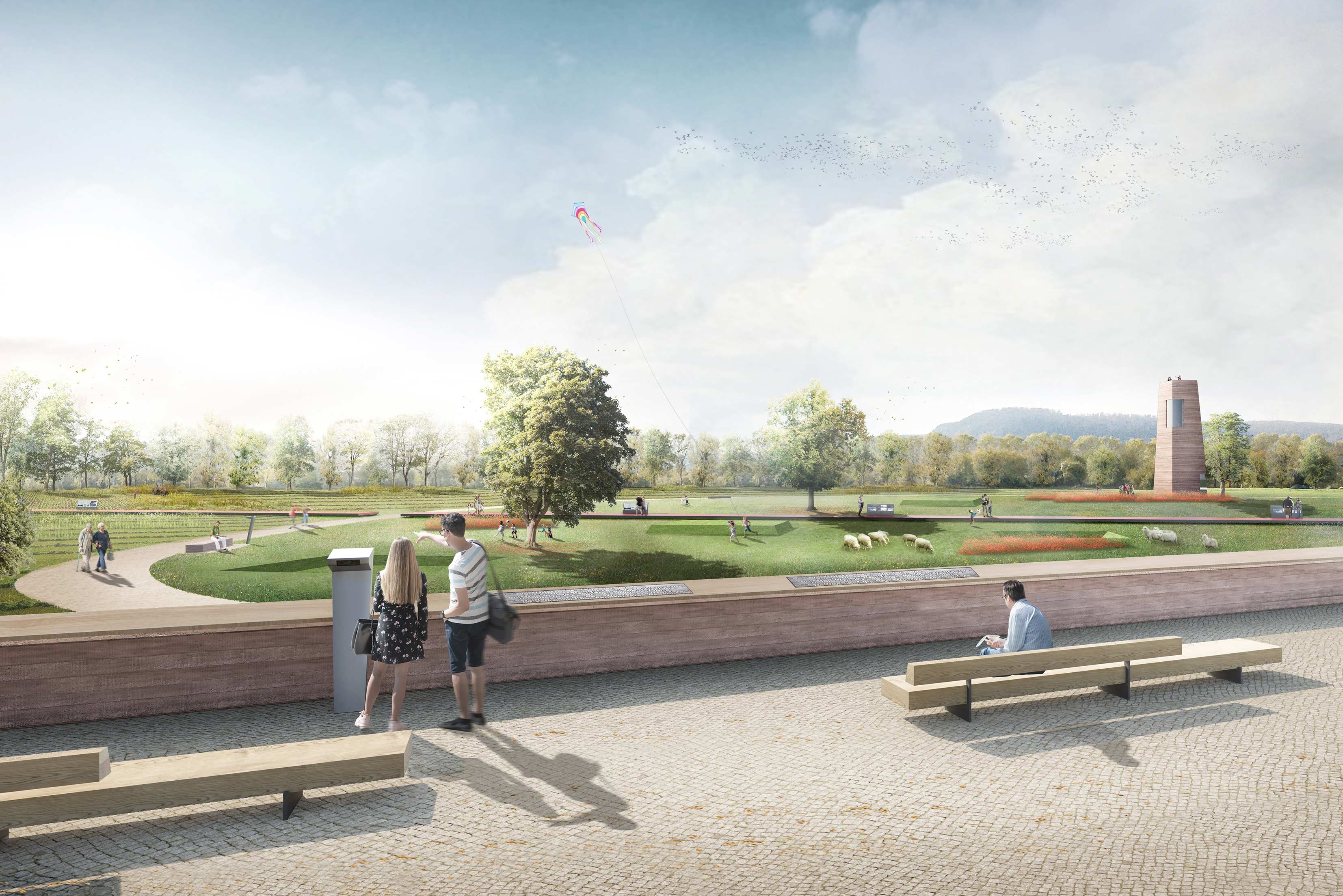 There are two main historical attractions in Höxter: the walled Old Town and the Corvey Abbey UNESCO World Heritage Site. The design connects them via an attractive blue-green ribbon: a promenade along the Weser River. This green corridor permeating the city both generates and links key leisure areas as well as those vital for the preserving the natural environment. A continuous pathway leads residents and visitors from the ‘green ring’ of the old city walls to a new archaeological park, situated in the bend of the river, and then on to Corvey Abbey and its gardens. Careful interventions across the site respect its potential and bring out the best in the picturesque location. The stark difference between the dense, built-up core of the Old Town and the softer, more open natural landscape provides an invigorating contrast. 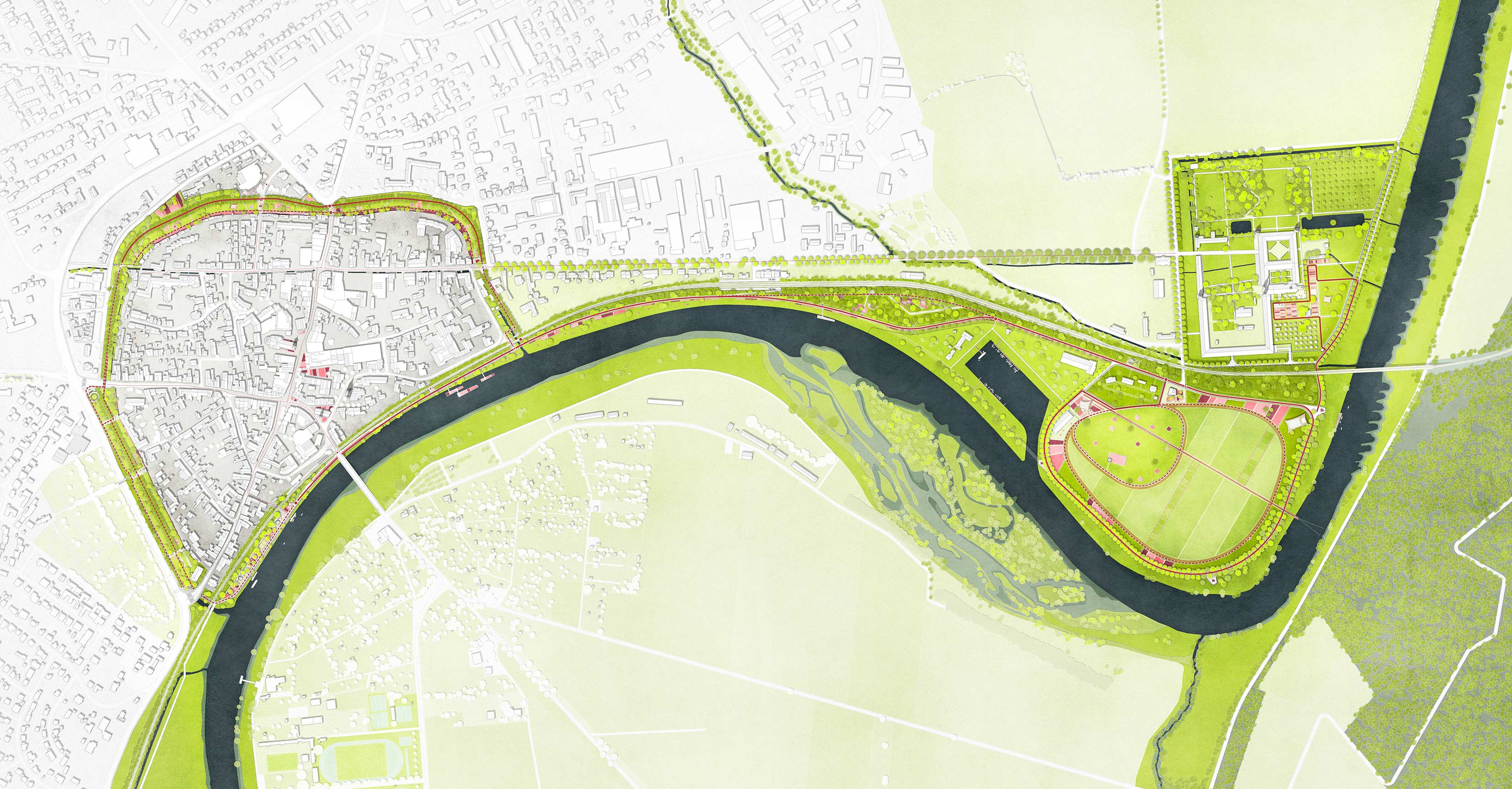 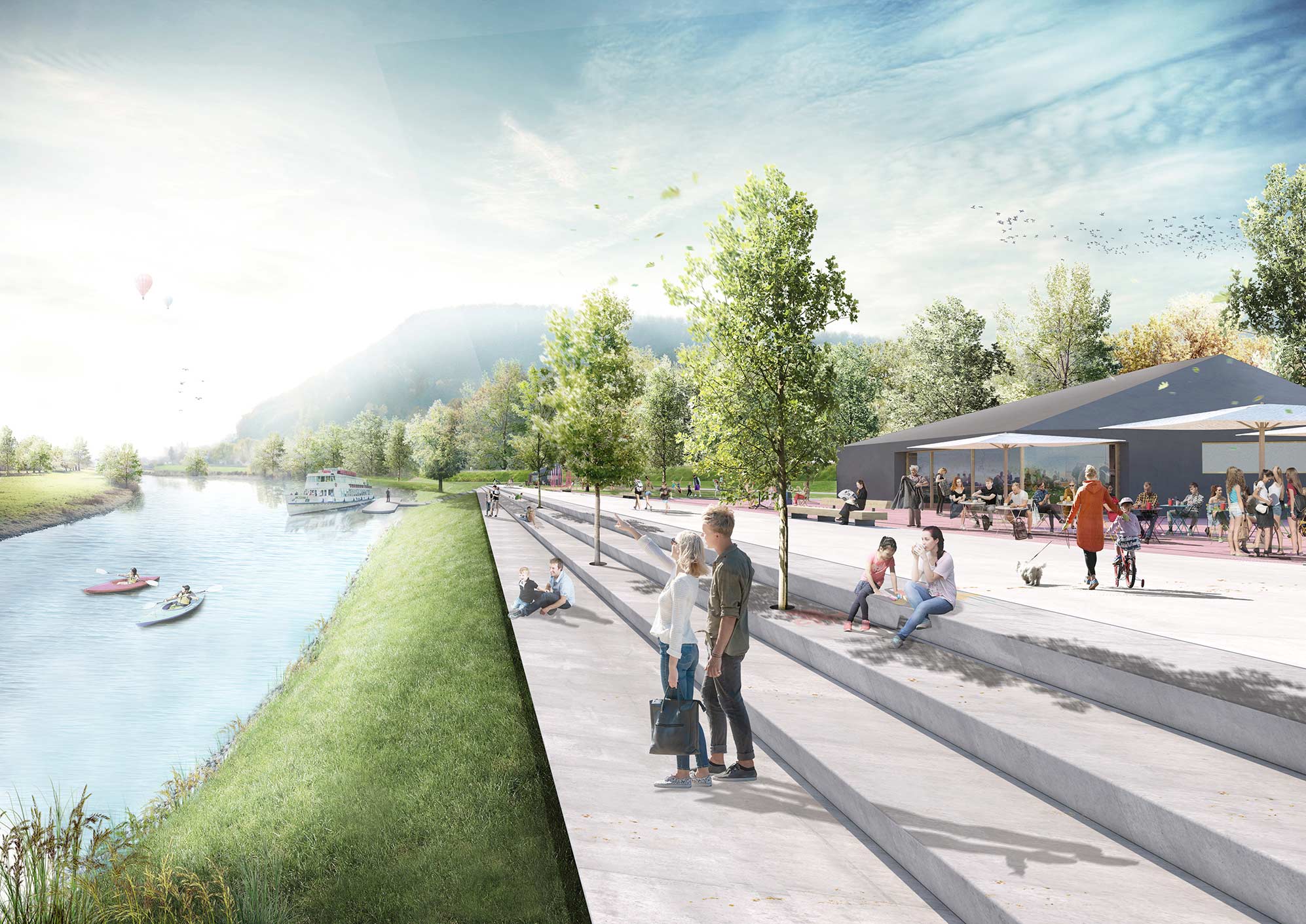 RECREATIONAL CIRCUIT
An absorbing sequence of attractions is created: the walled Old Town, the Corvey Abbey UNESCO World Heritage Site, the riverside promenade along the Weser, and the archaeological park. 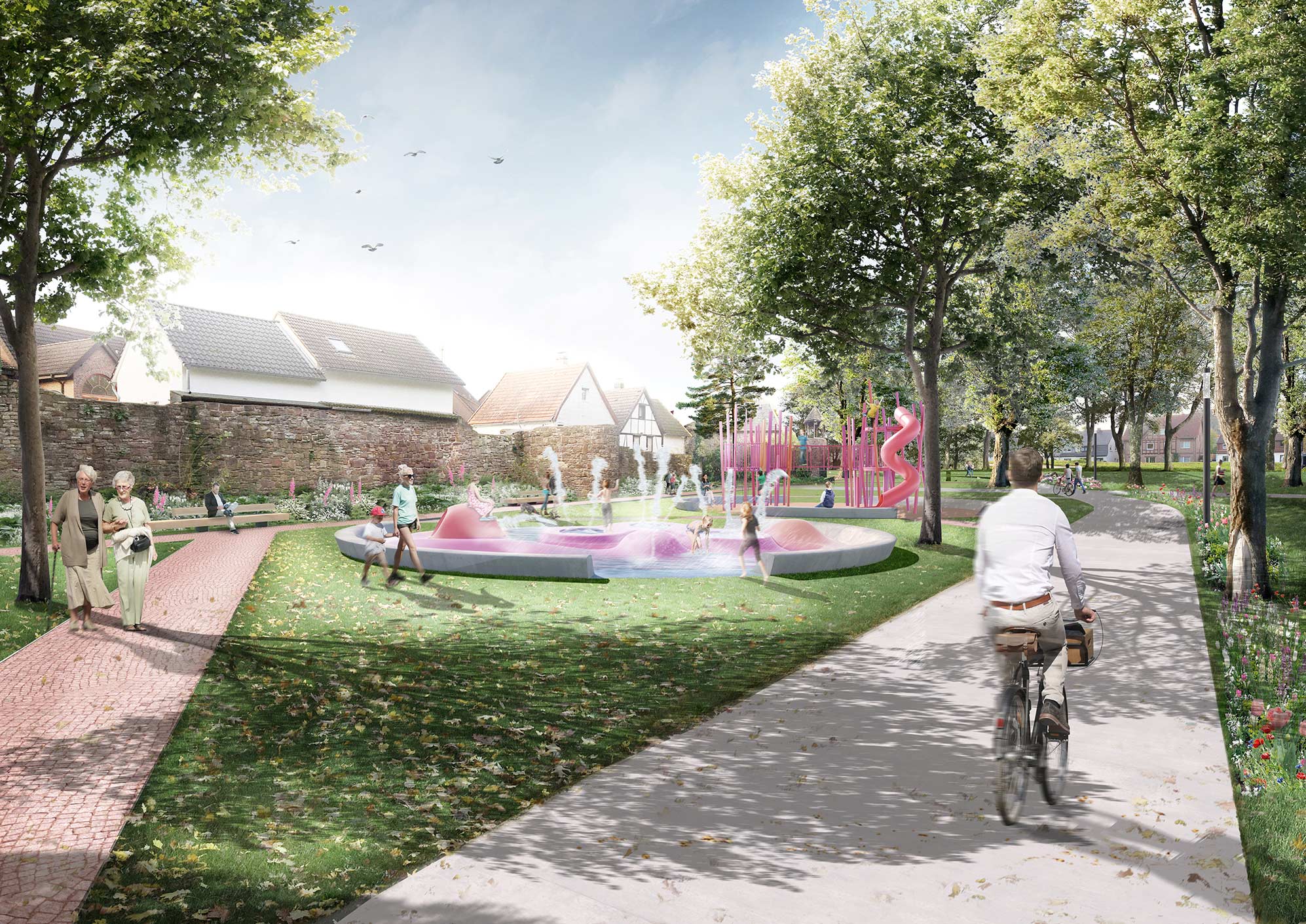 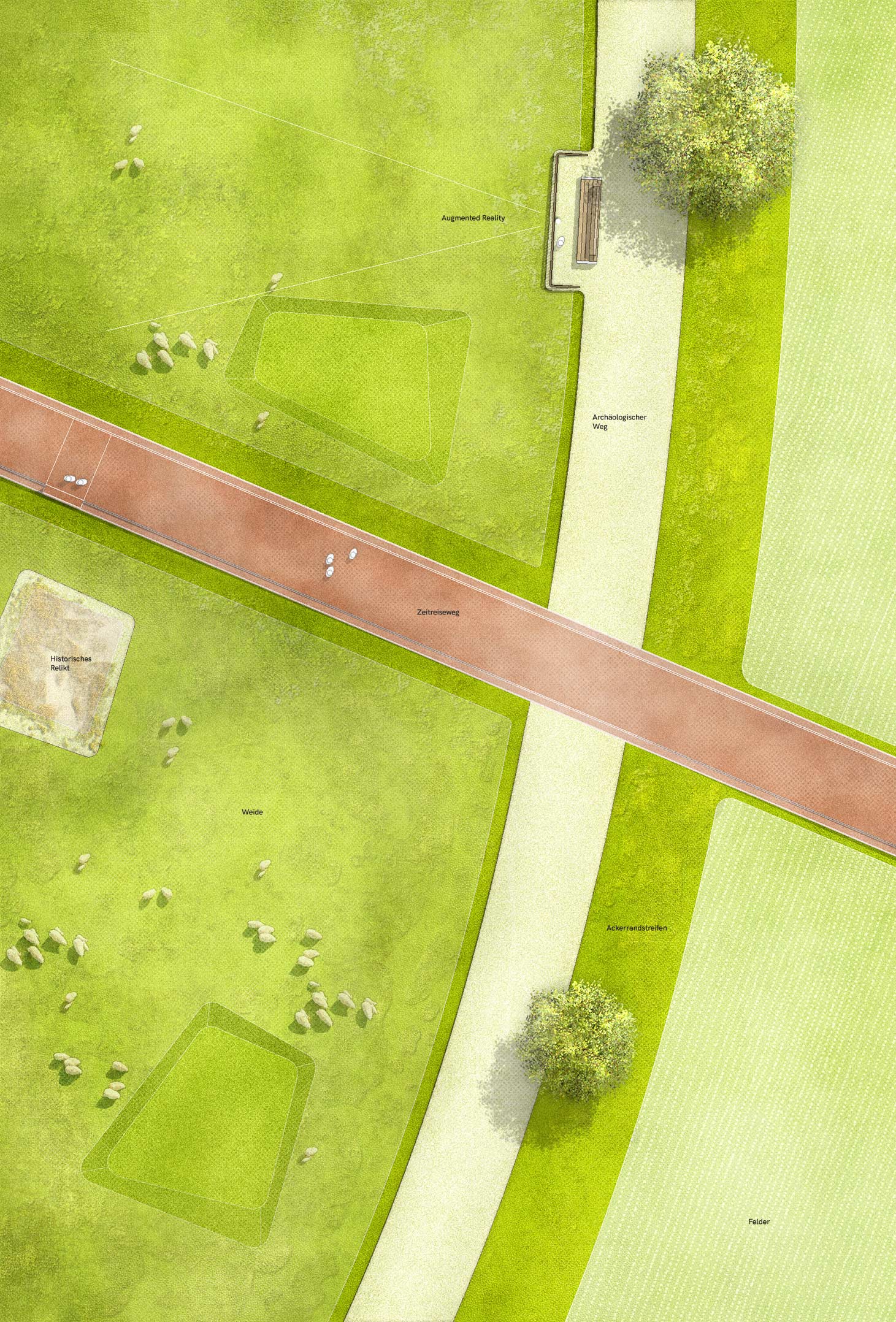 ARCHAEOLOGICAL PARK
The multi-layered system of paths is mainly composed of rings, each of which contains a different theme: Weserpromenade_Weserloop_Archäologischer Pfad_Zeitreiseweg. 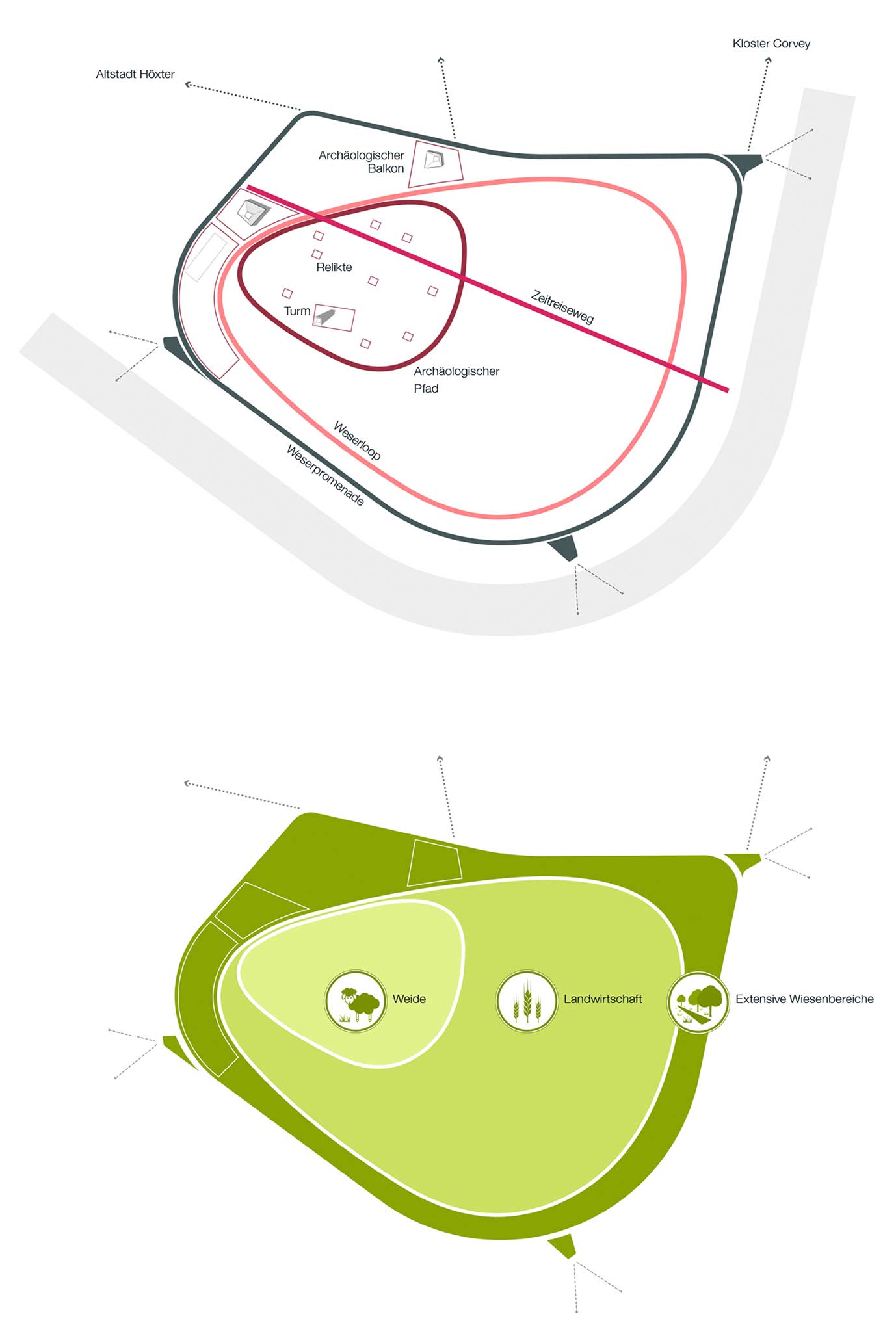