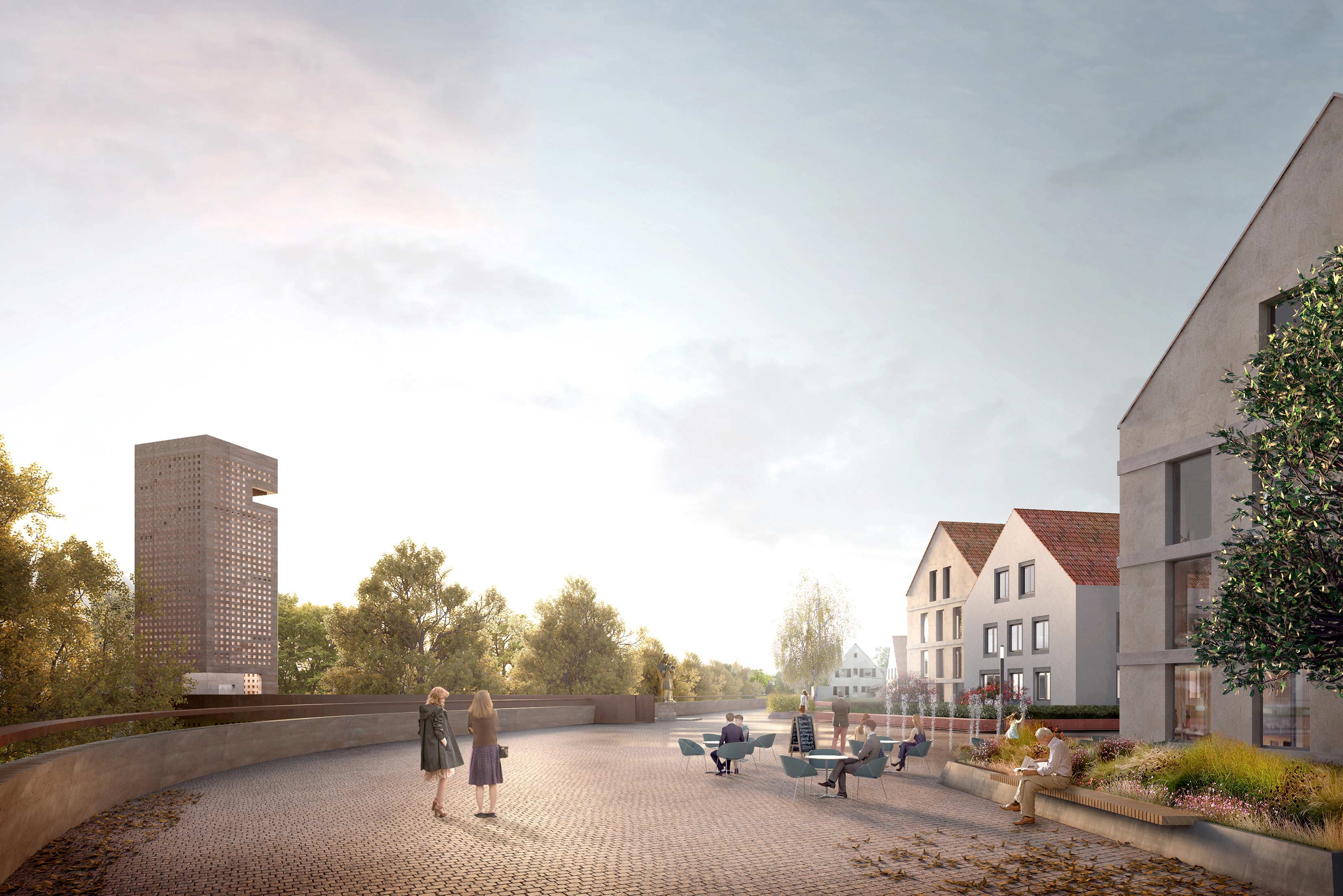 The area around Neuenburg’s former cathedral is characterised by a great difference in height between the city and the lower-lying River Rhine. Today it constitutes a vacant space in the urban fabric. To close this gap, a structured wall, following the former edge of the city, supports a new ‘city balcony’. In this way, a distinctive entrance for the city is created. On the upper level, rhythmically protruding buildings generate a new and lively backdrop, successfully completing the urban layout. The balcony itself is a nuanced open space near the city centre, which provides impressive views over the Rhine.

ATMOSPHERE
The new city wall is made of concrete, tamped with sedimentary layers. Aggregates of reddish-brown river sand and pebbles from the Rhine are inspired by the site’s waterside location. 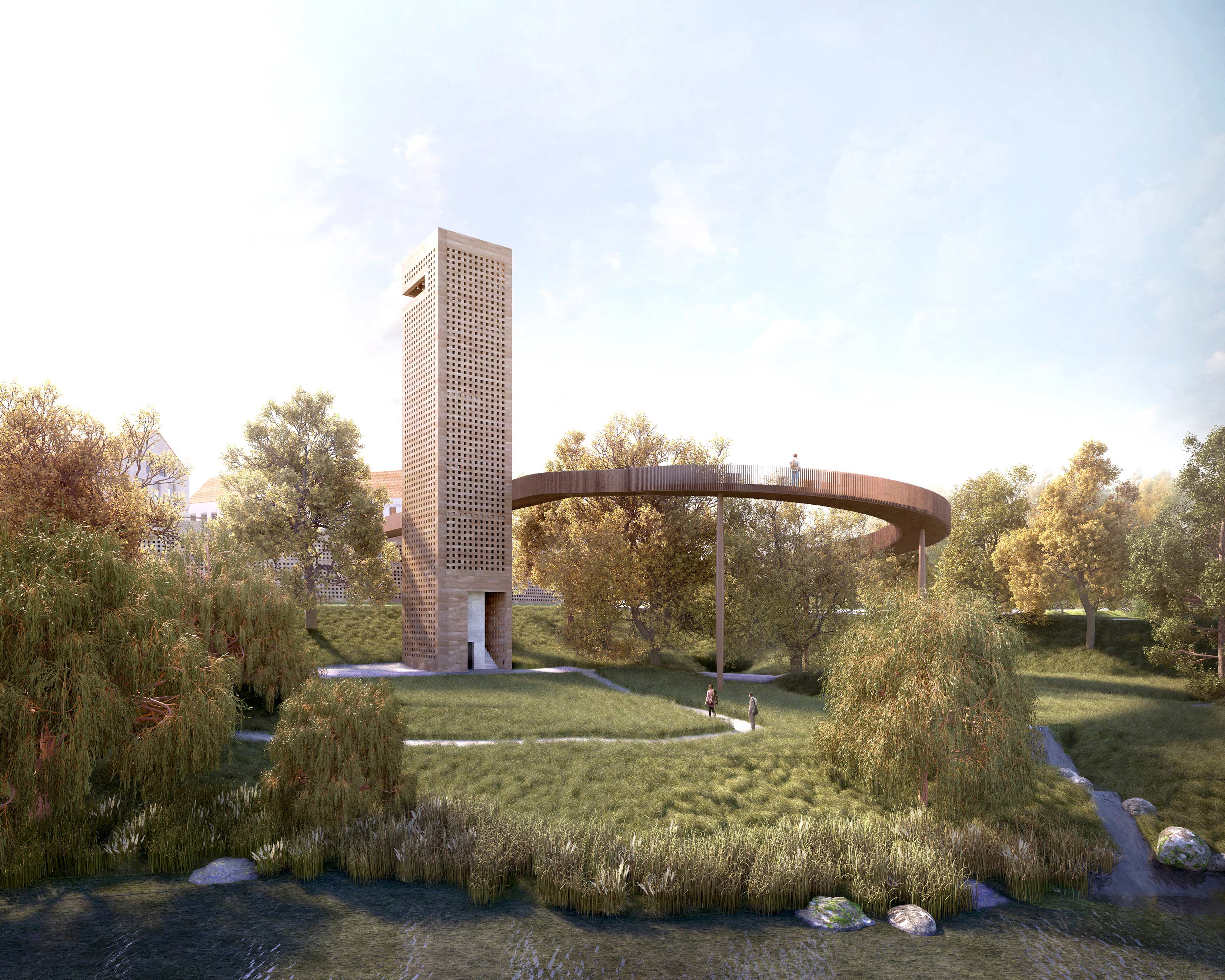