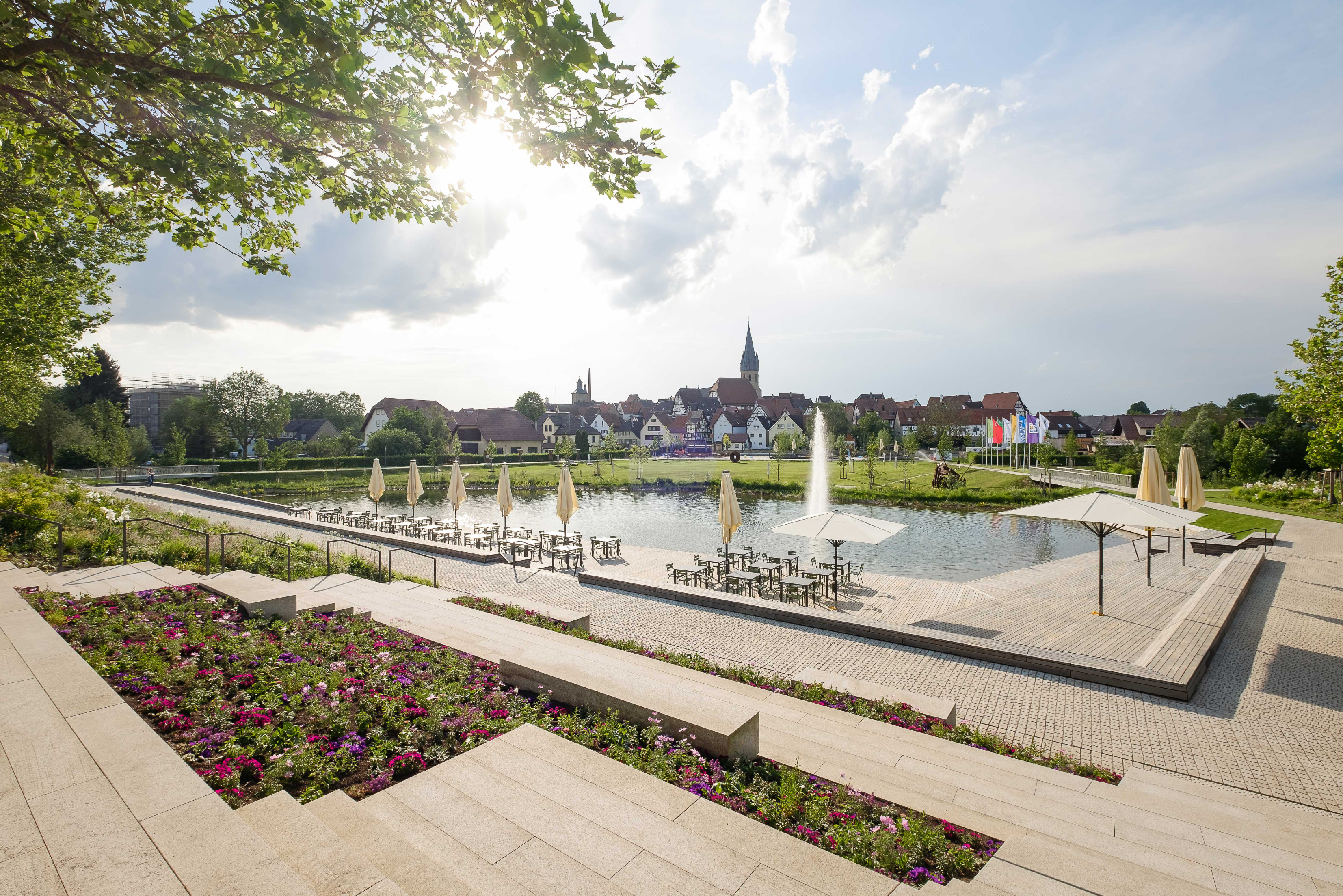 The picturesque Kraichgau town of Eppingen will host the Baden-Württemberg garden show for one summer from May 20. The town in the hilly landscape on the edge of the Black Forest, exudes a southern French flair during the summer months with its cream-colored sandstone brickwork. As part of extensive urban development measures, a permanently green and varied park band was created around the lovingly restored old town for residents and guests. The two streams Elsenz and Hilsbach were renaturalized close to nature and now enrich the adjacent park areas with direct access to the water. 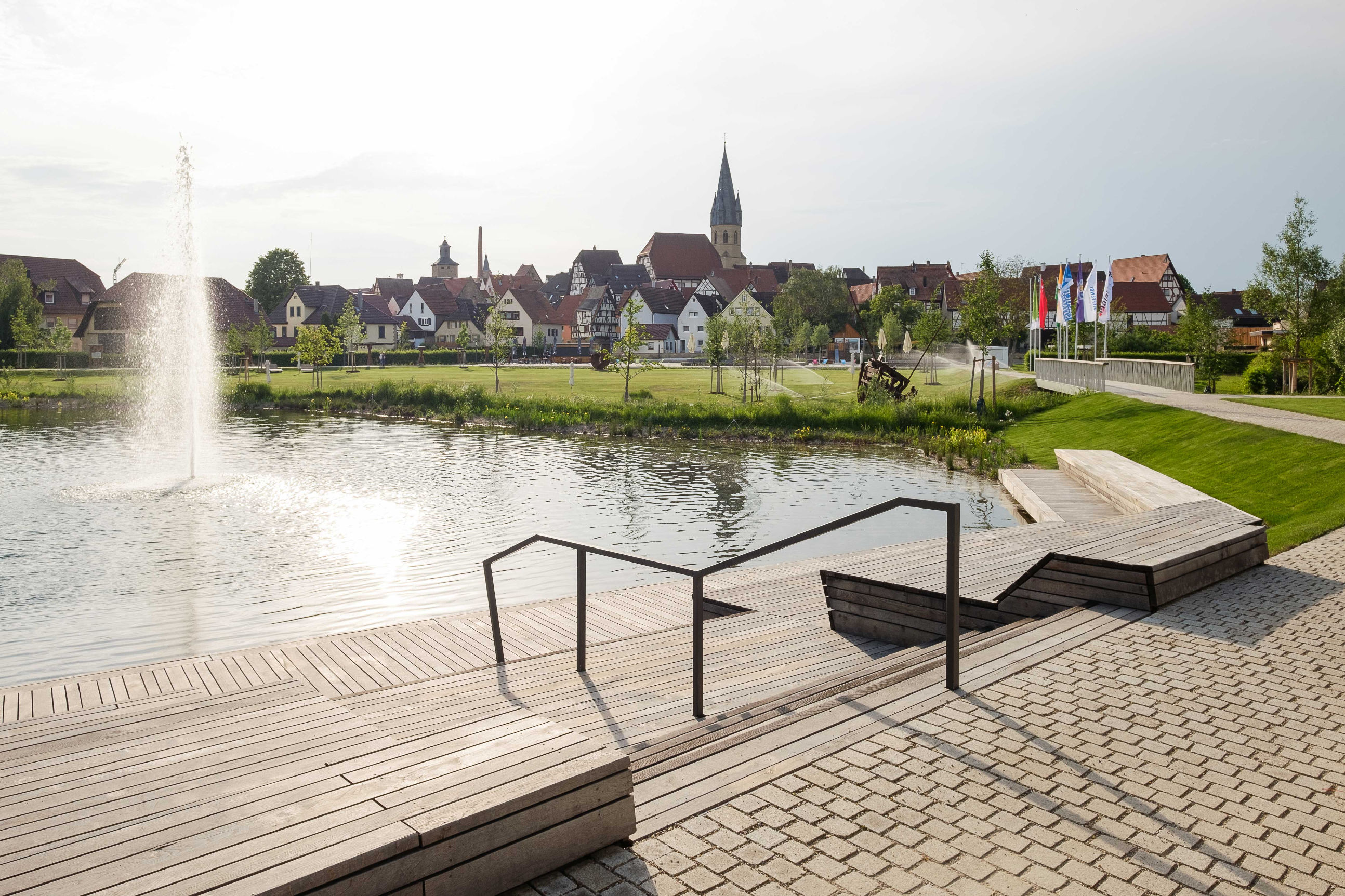 BEGINNING
Vis-à-vis the historic station building and in front of the magnificent panorama of the old town, the new citizens’ park with a large town pond and fountain was created in a hollow of the Elsenz river. 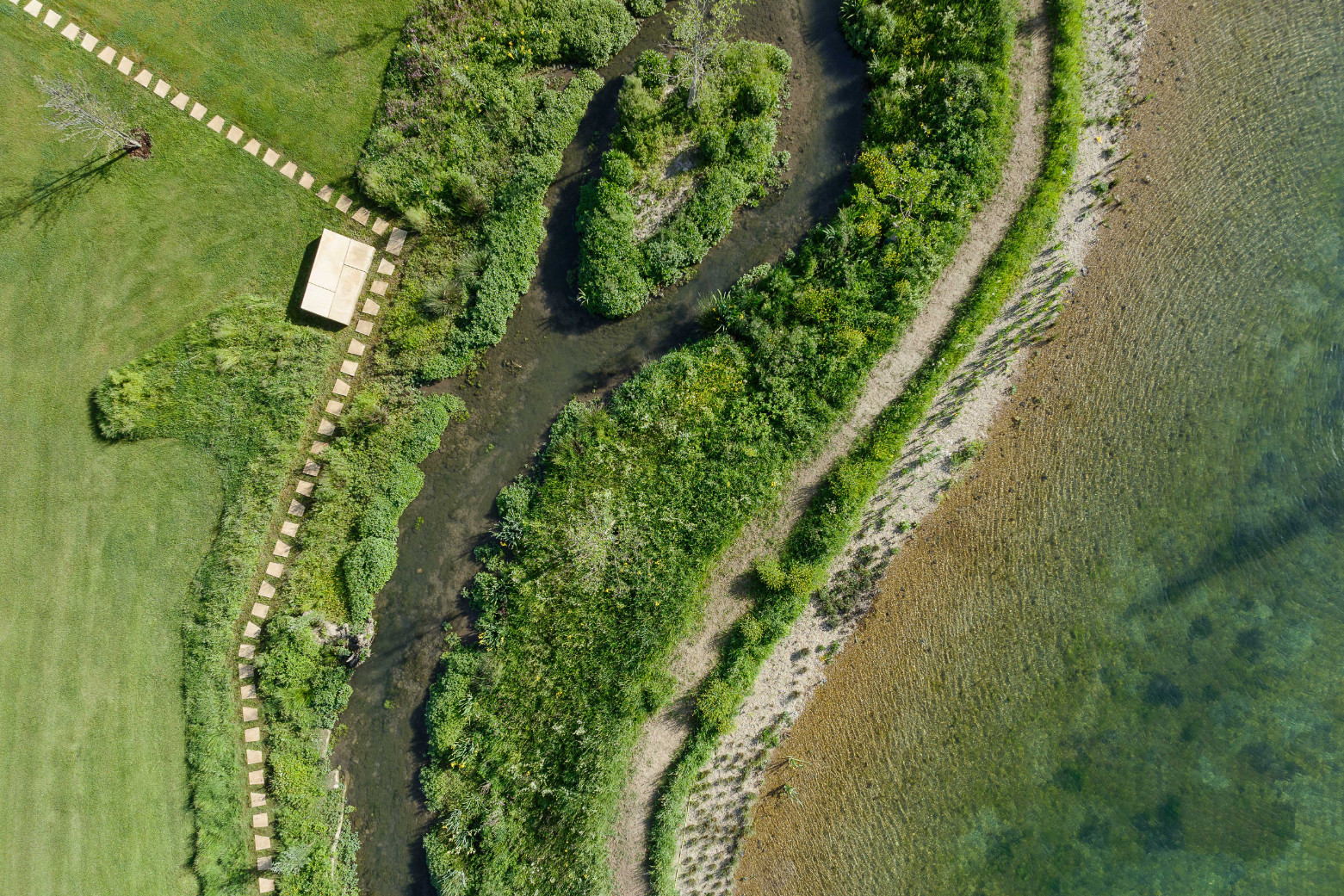 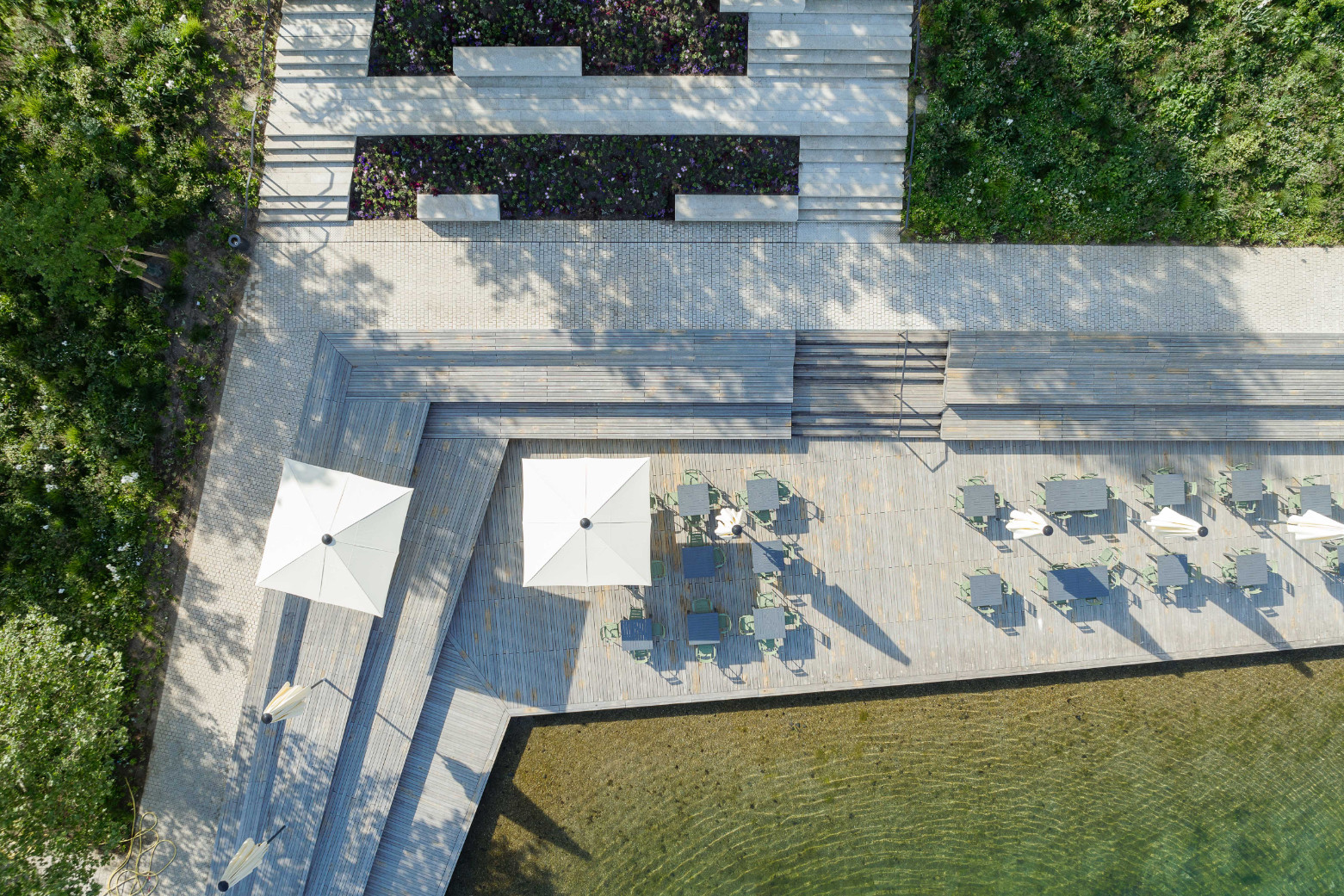 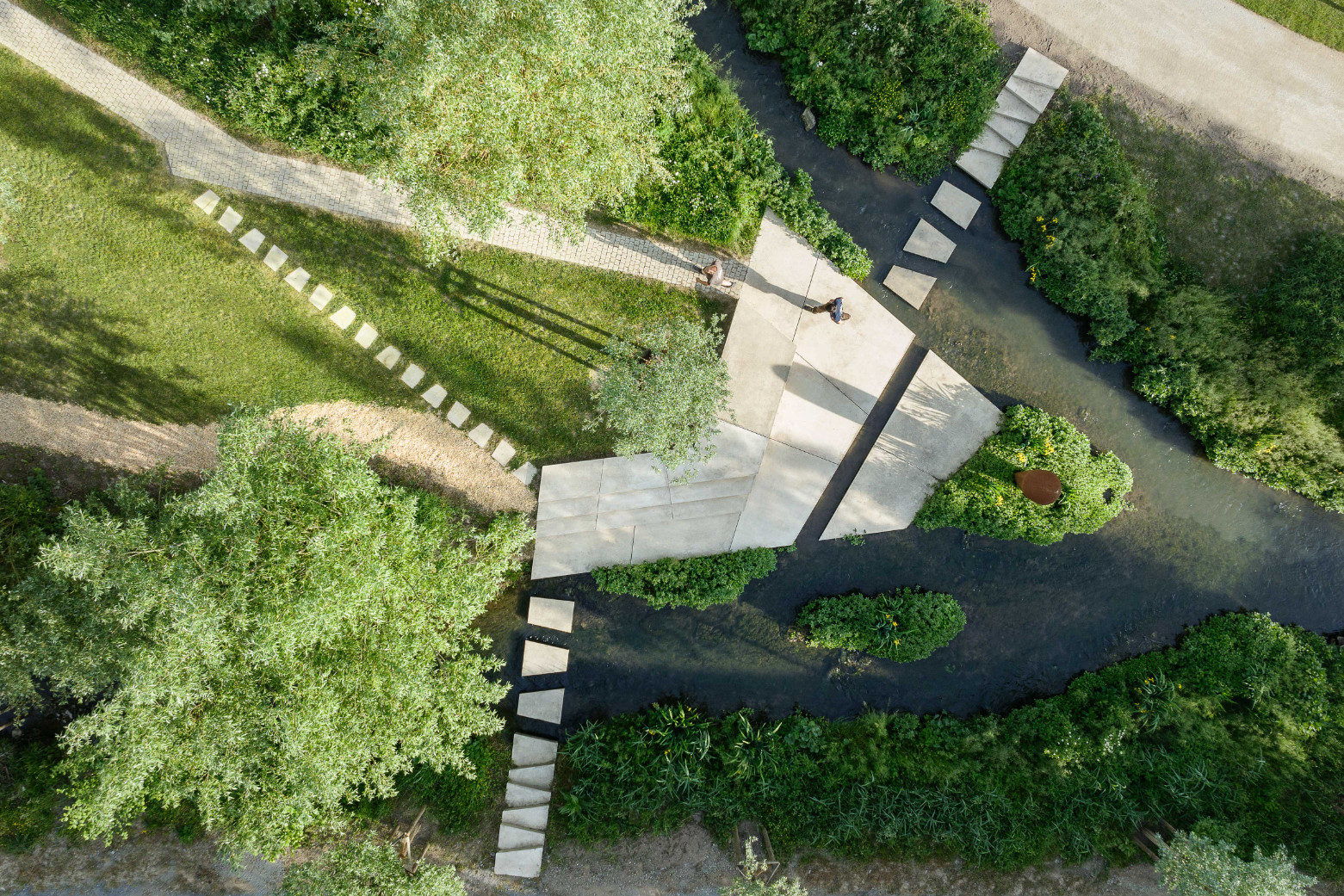 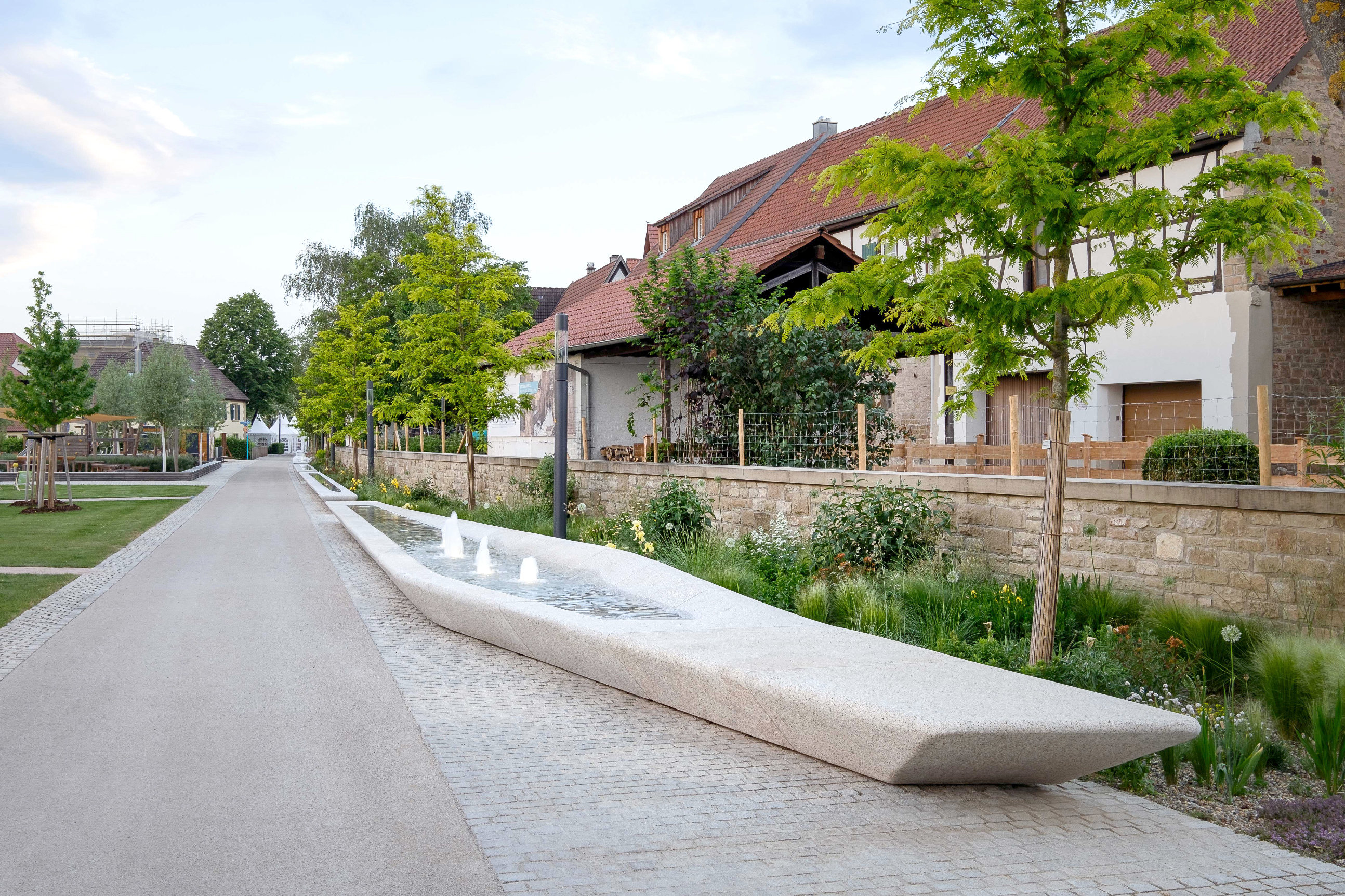 DETAIL
Fourteen fountains trace the historical course of the former mill canal. Over a length of about 290 metres the individual water tables were individually designed and then made of Portuguese granite. Each of the fountains has a unique water feature and accompanies the walk through the city, sometimes splashing, sometimes reflecting calmly. 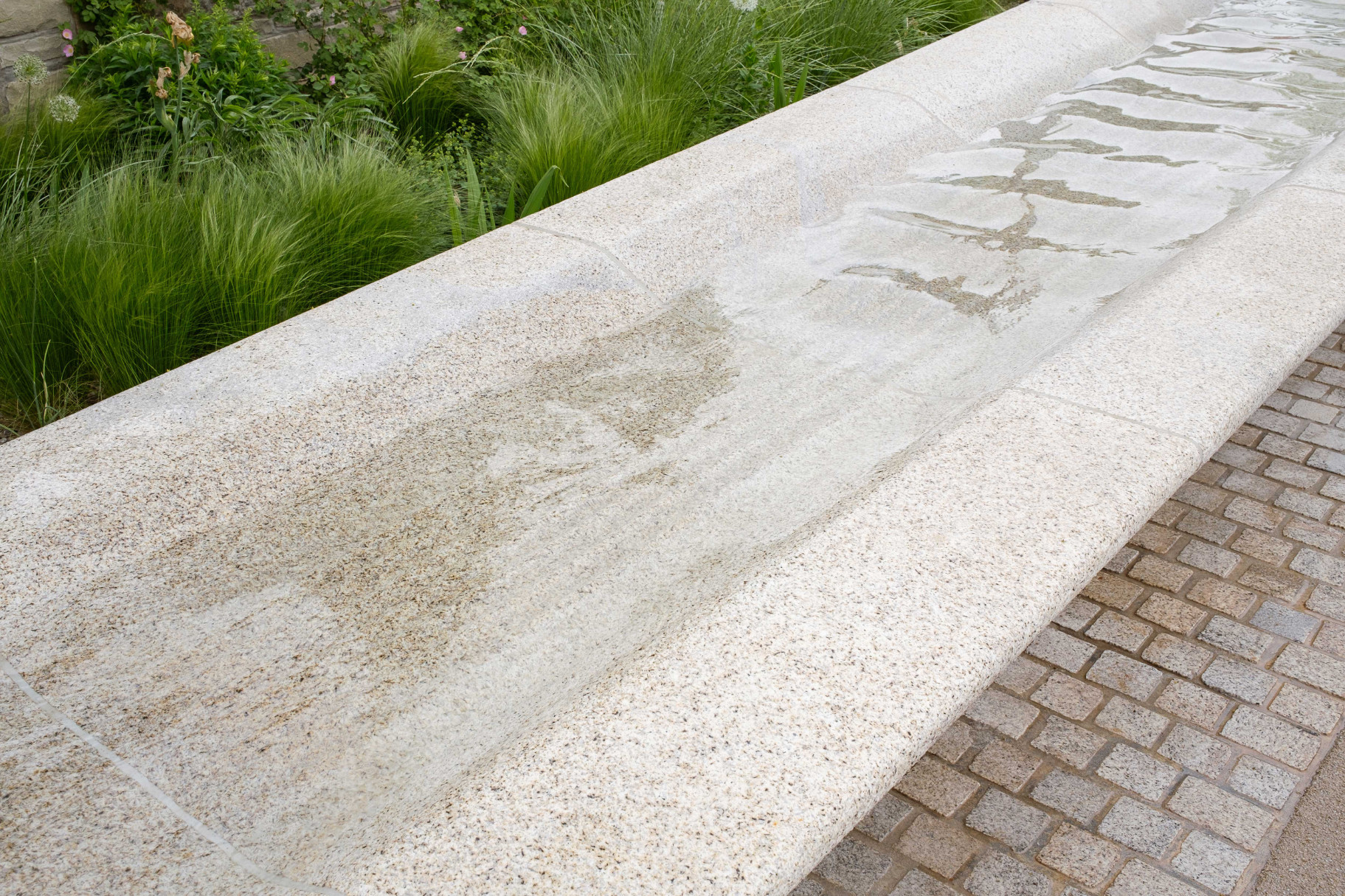 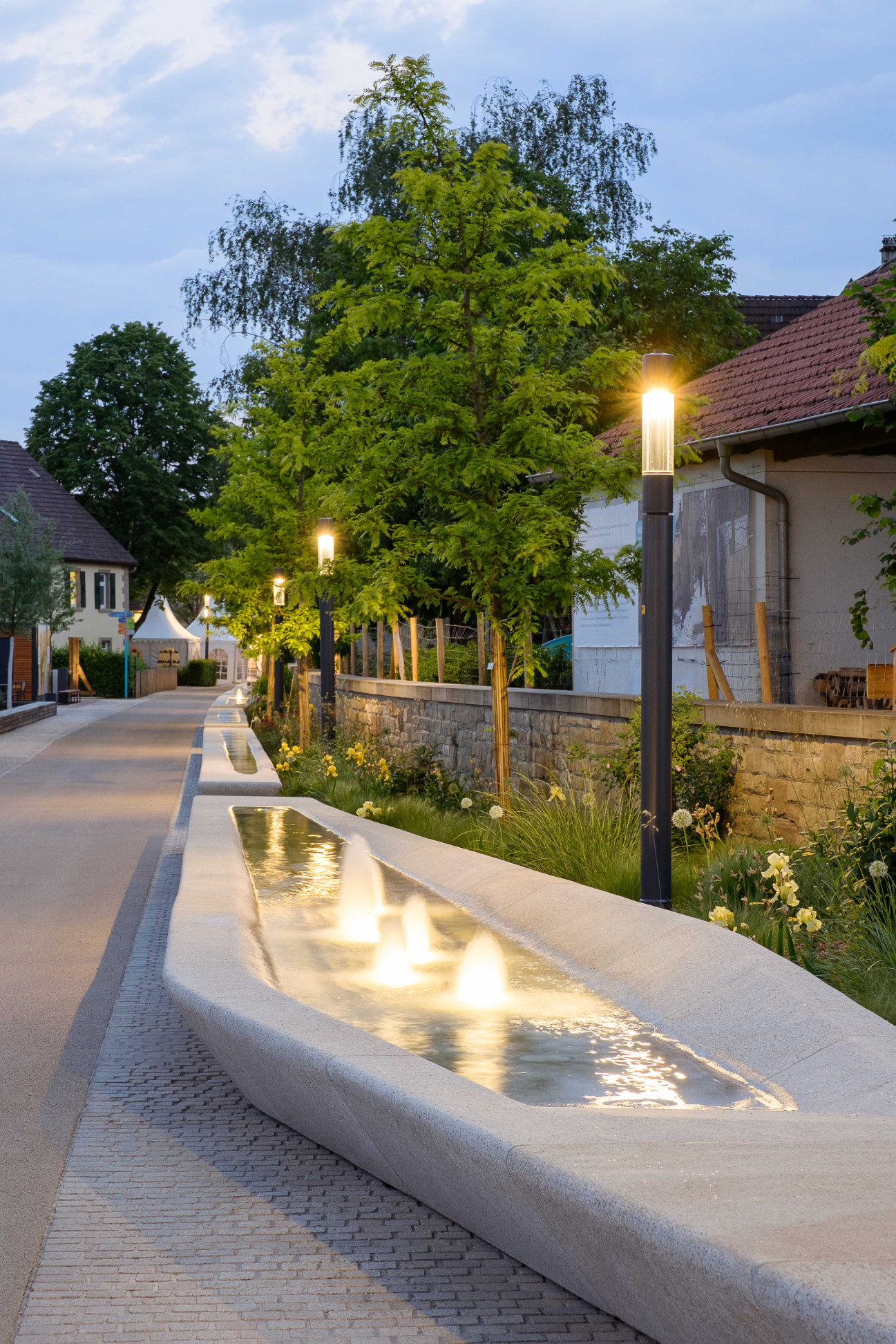 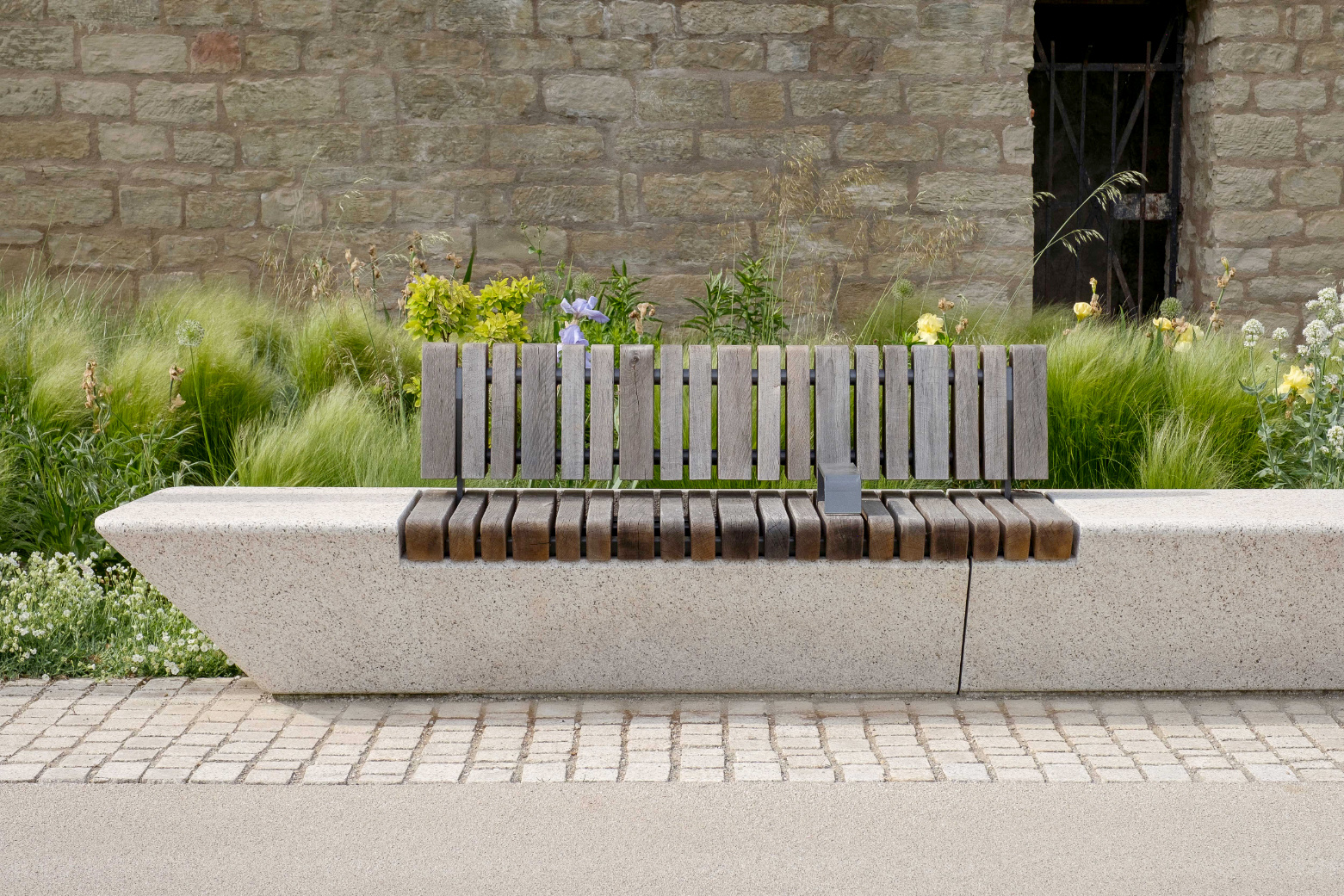 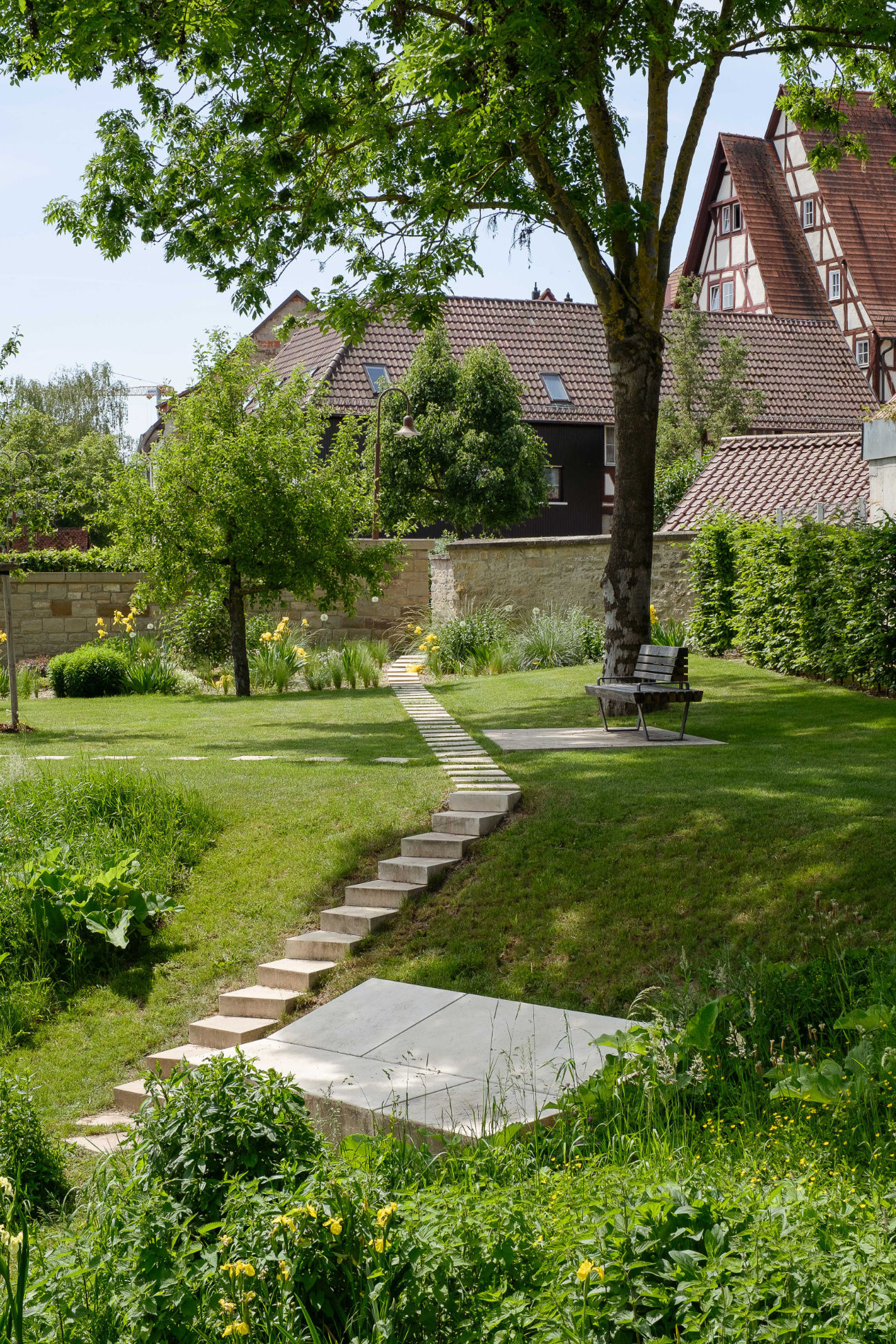 EVENT
Visitors can expect a rich horticultural, cultural and culinary offer from 20 May to 2 October 2022. In a closed circuit, which also includes the historic old town, the city and its region will present themselves surrounded by lush floral decorations. Following the sustainable concept of the garden show, as many elements of it as possible will be permanently preserved.