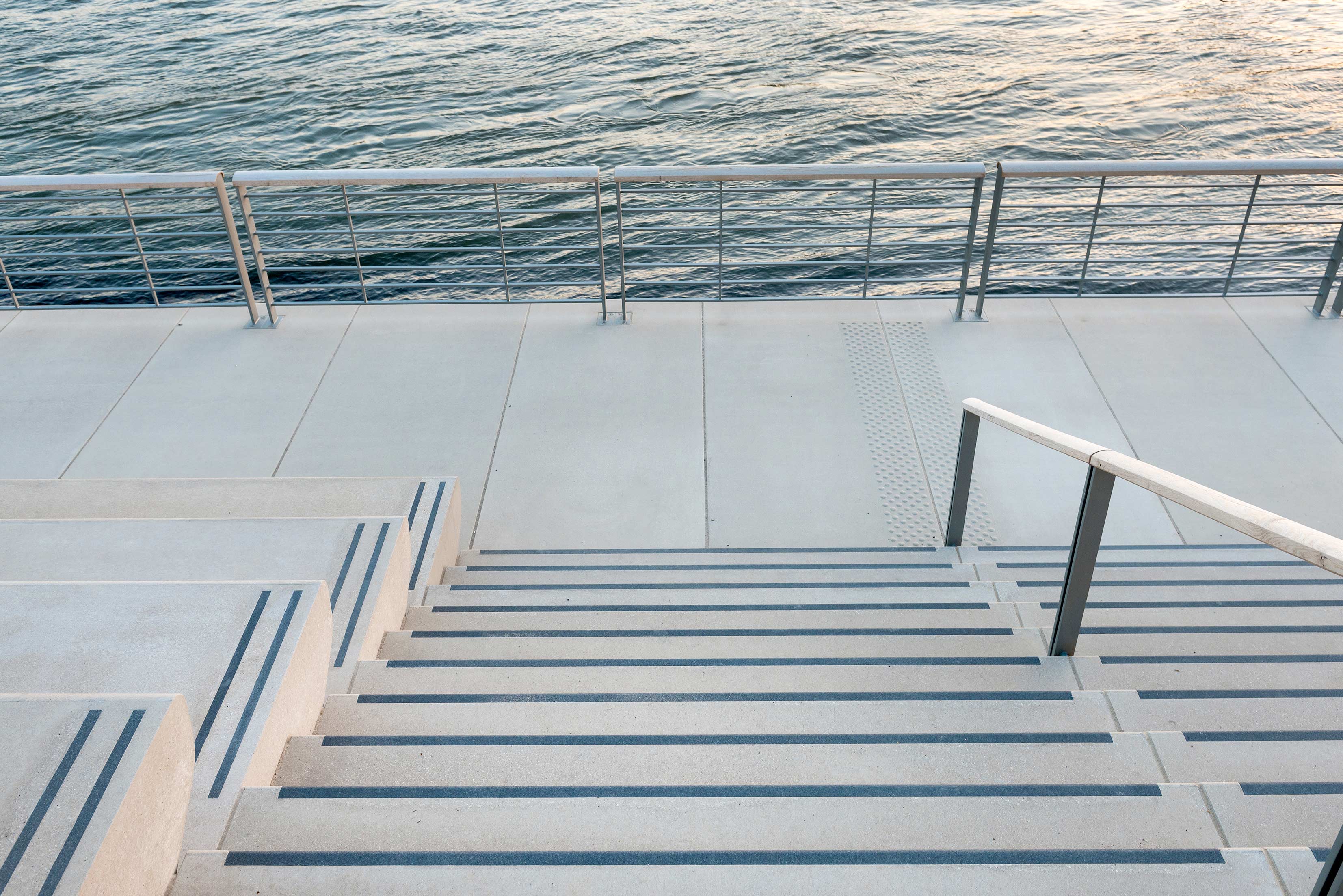 Across the River Rhine from Cologne’s cathedral and picturesque Old Town, a new arena for urban life has emerged in the district of Deutz. The Rheinboulevard is a strip of light concrete occupying the previously inaccessible bank between the Hohenzollern und Deutz bridges. Extending half a river kilometre along the waterway, its proportions suit the 400-metre-wide River Rhine perfectly. In a very short space of time, the boulevard has made it into the list of the top ten attractions in Cologne. 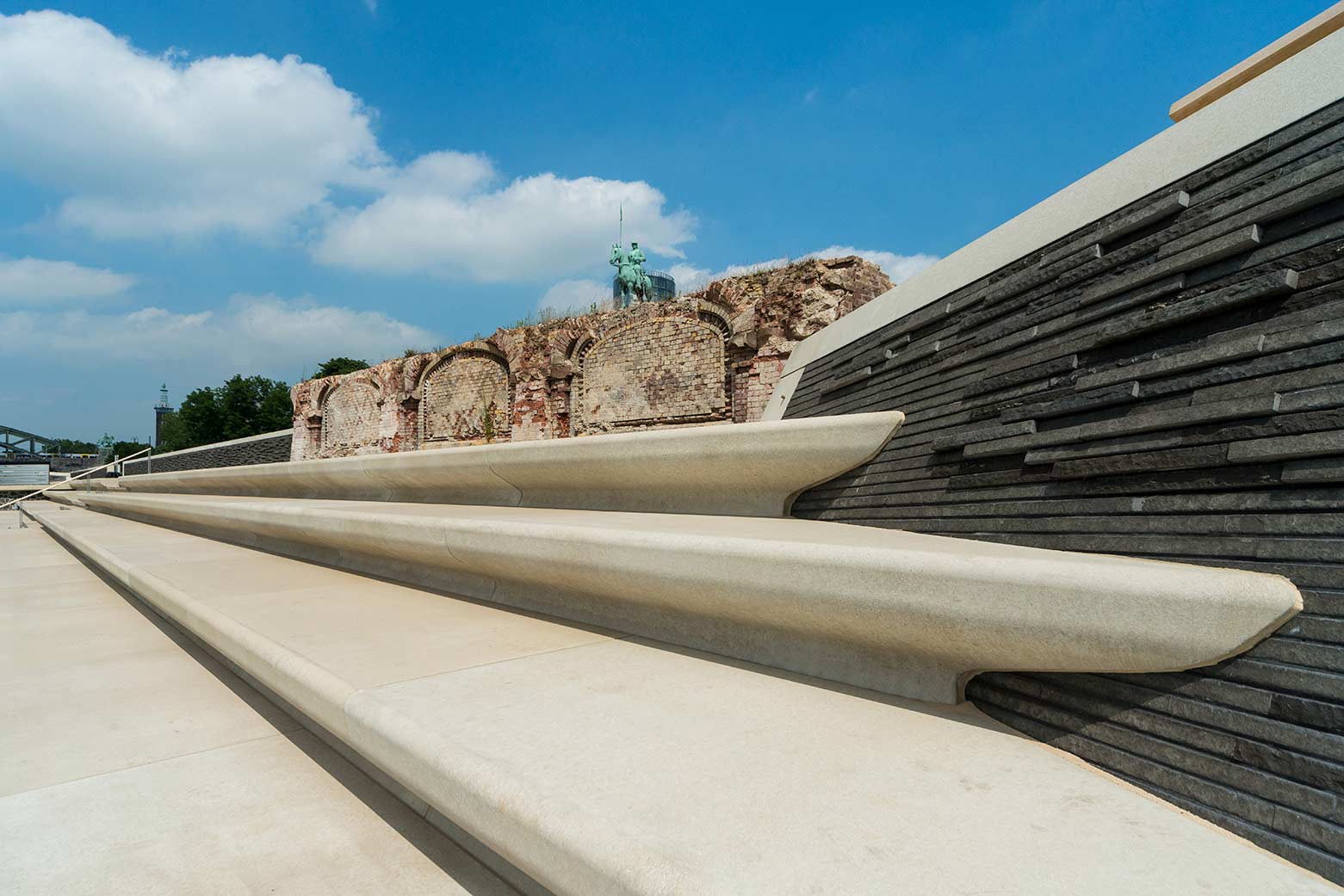 SITE
Two thousand years of Cologne’s cultural history coalesce in this contemporary sculpture. Relics from the Roman era and medieval churches are integrated, as are testaments to feats of engineering from the glory days of the railways. One can truly feel the uniqueness of the place on balmy summer evenings in the golden light of the setting sun, while listening to the rippling of the water displaced by passing boats and enjoying the river views. 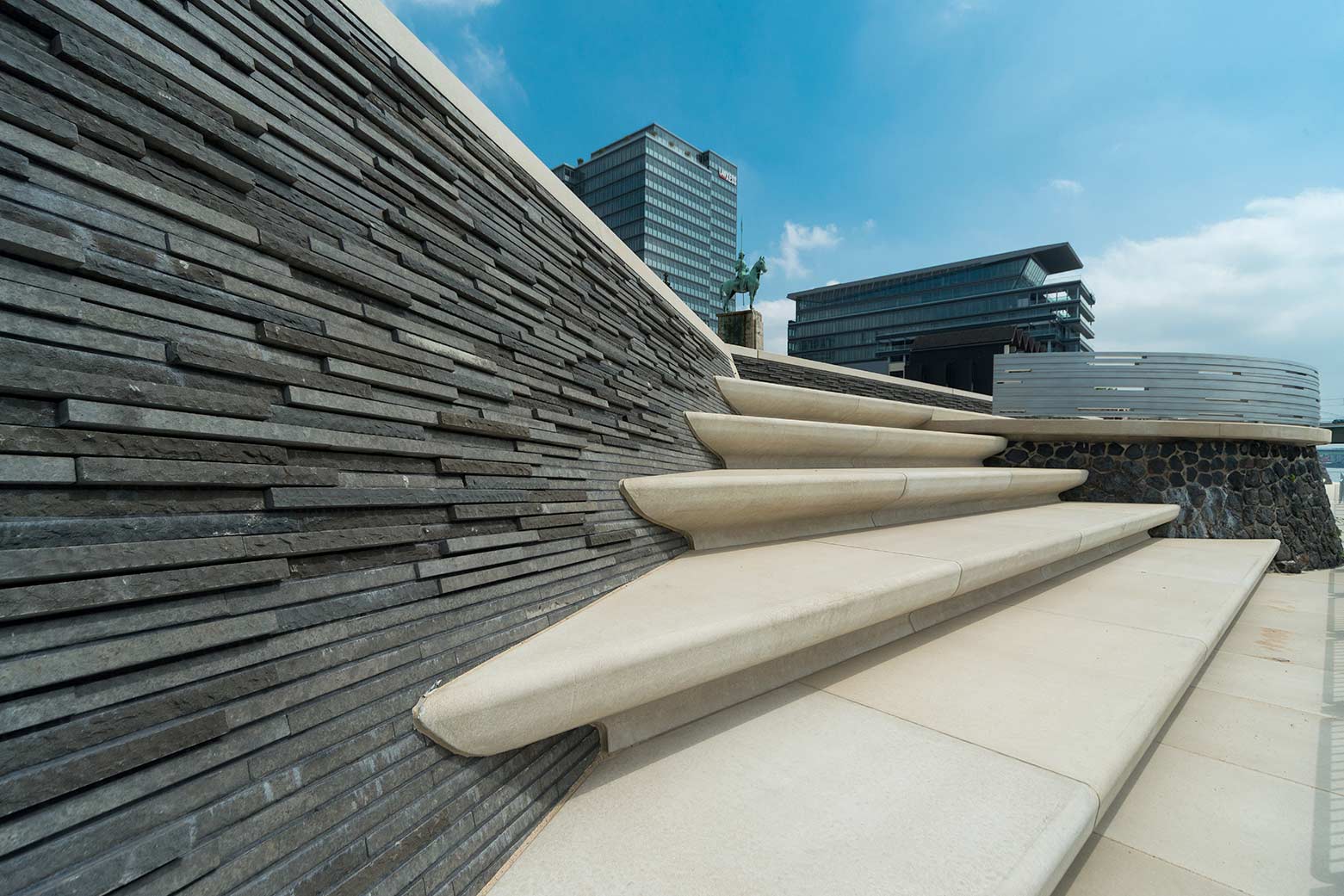 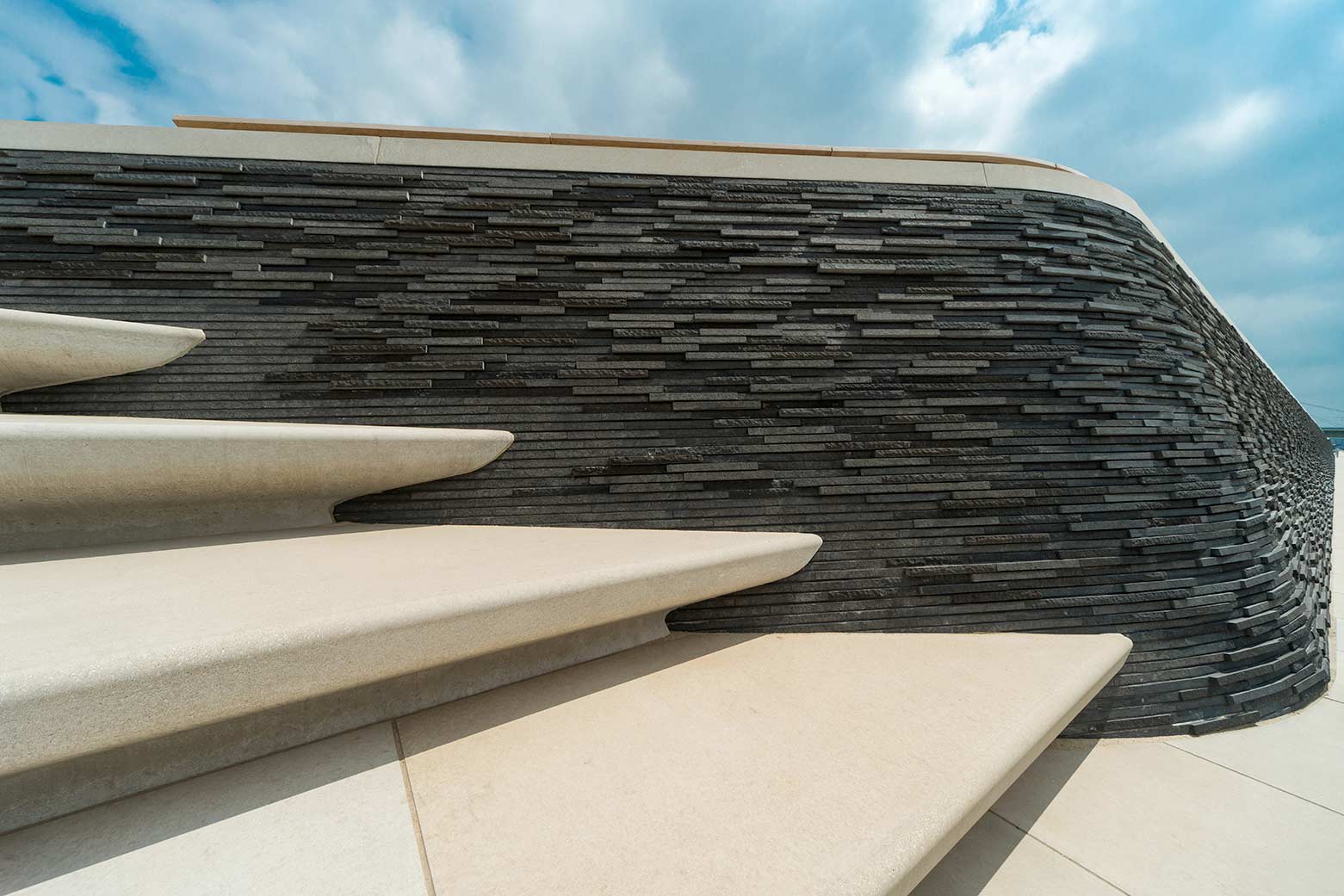 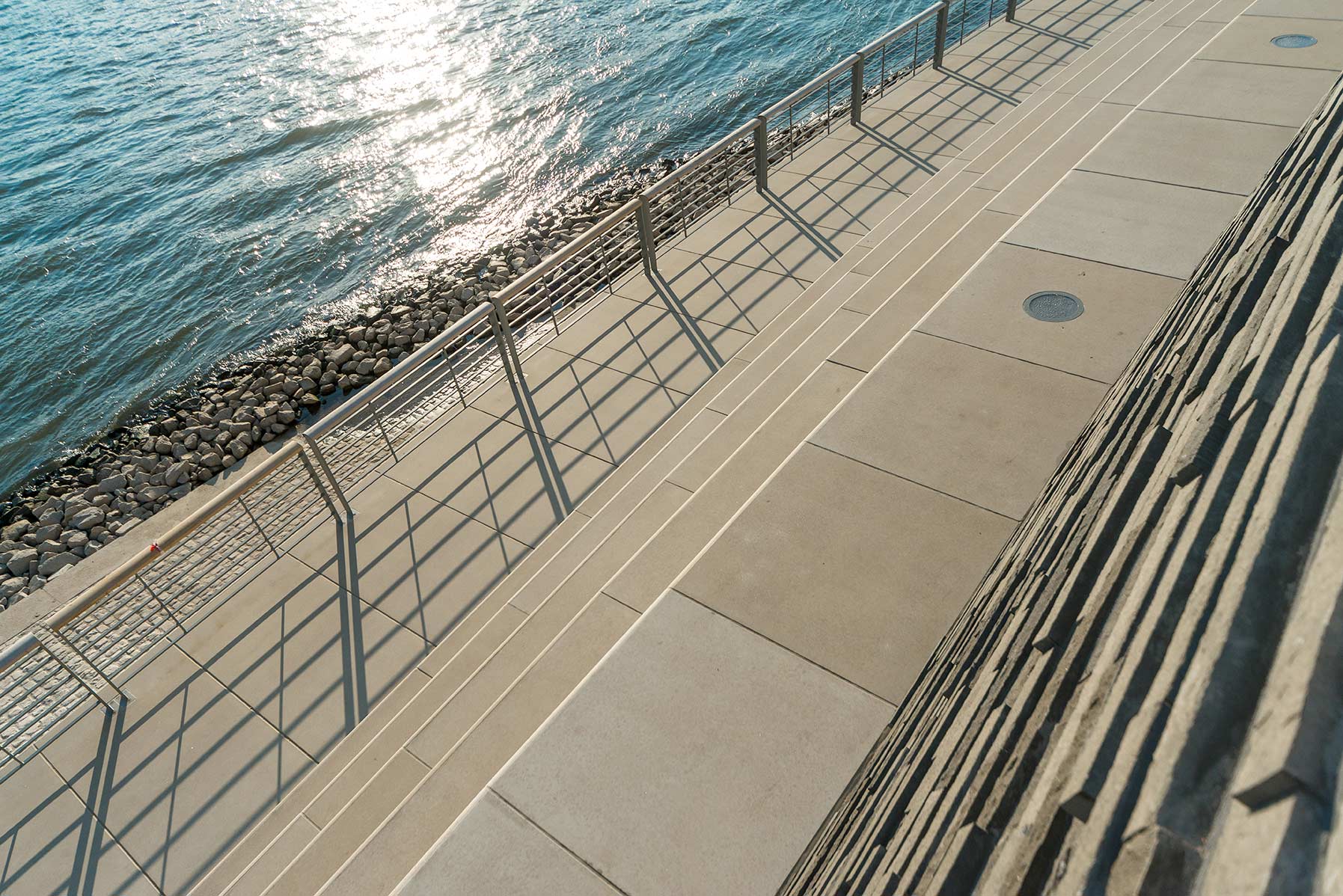 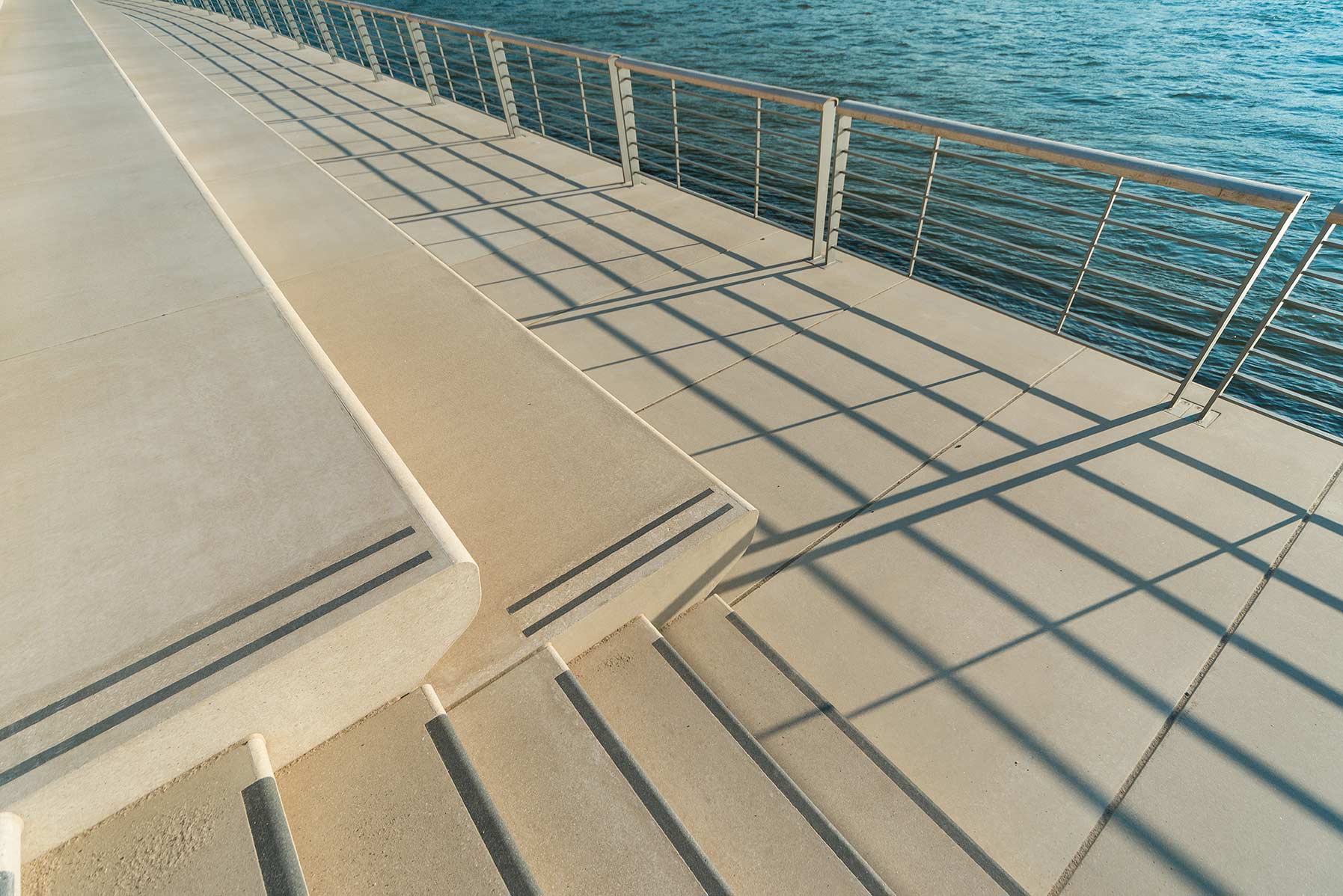 DETAILS & MATERIALS
Made from light-toned concrete and black basalt, the new sculpture takes up tradition while also creating something new. Bastions rise out of the stepped seating areas, forming balconies, while flood prevention walls line the backs of those balconies. Both are faced in basalt closer-bricks. Large horizontal slabs of precast concrete form the steps, which meet the rounded and sloped walls to generate captivating geometries. The tapered and radial steps also serve as a flood-prevention measure, defying the elements through their high-calibre design. 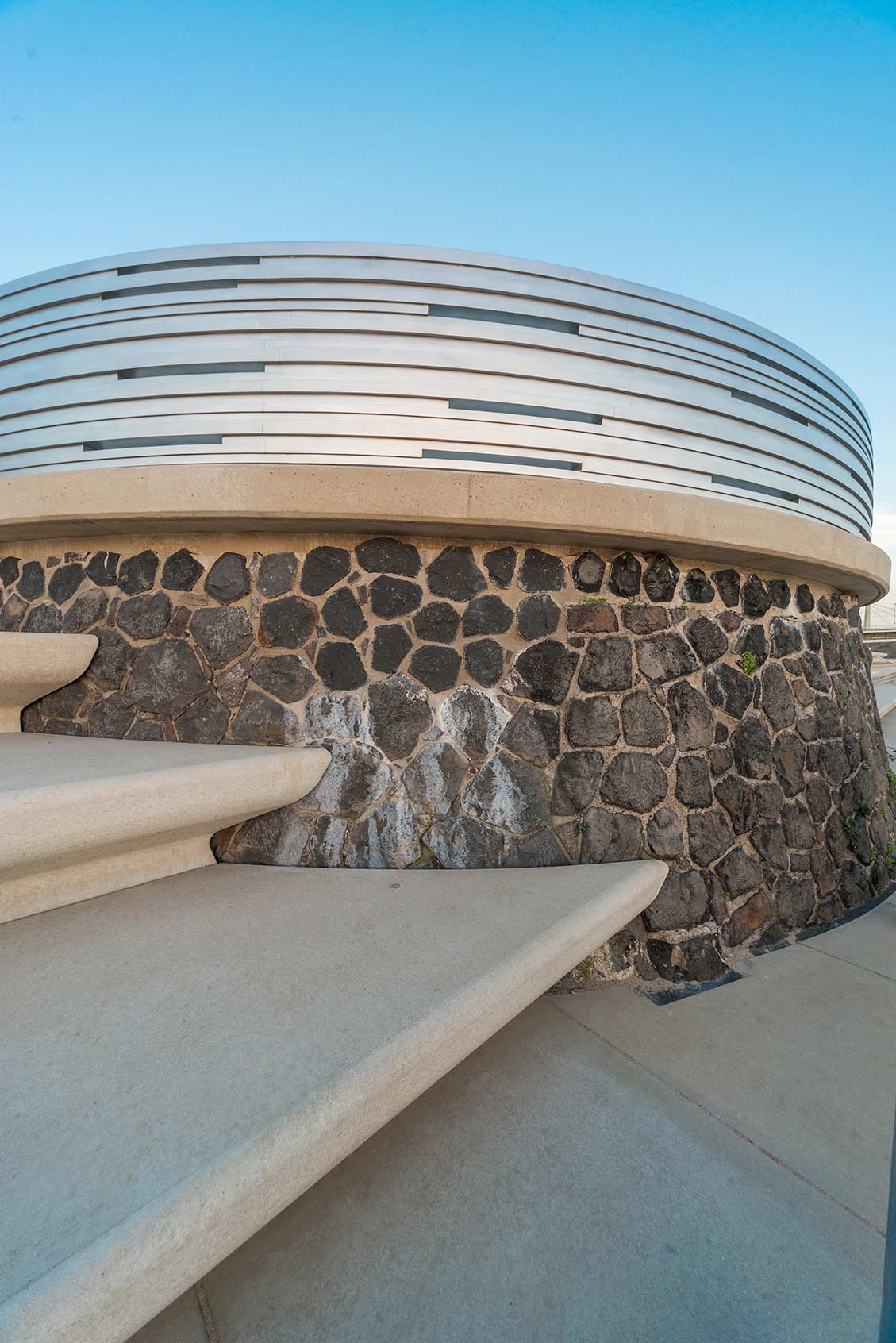 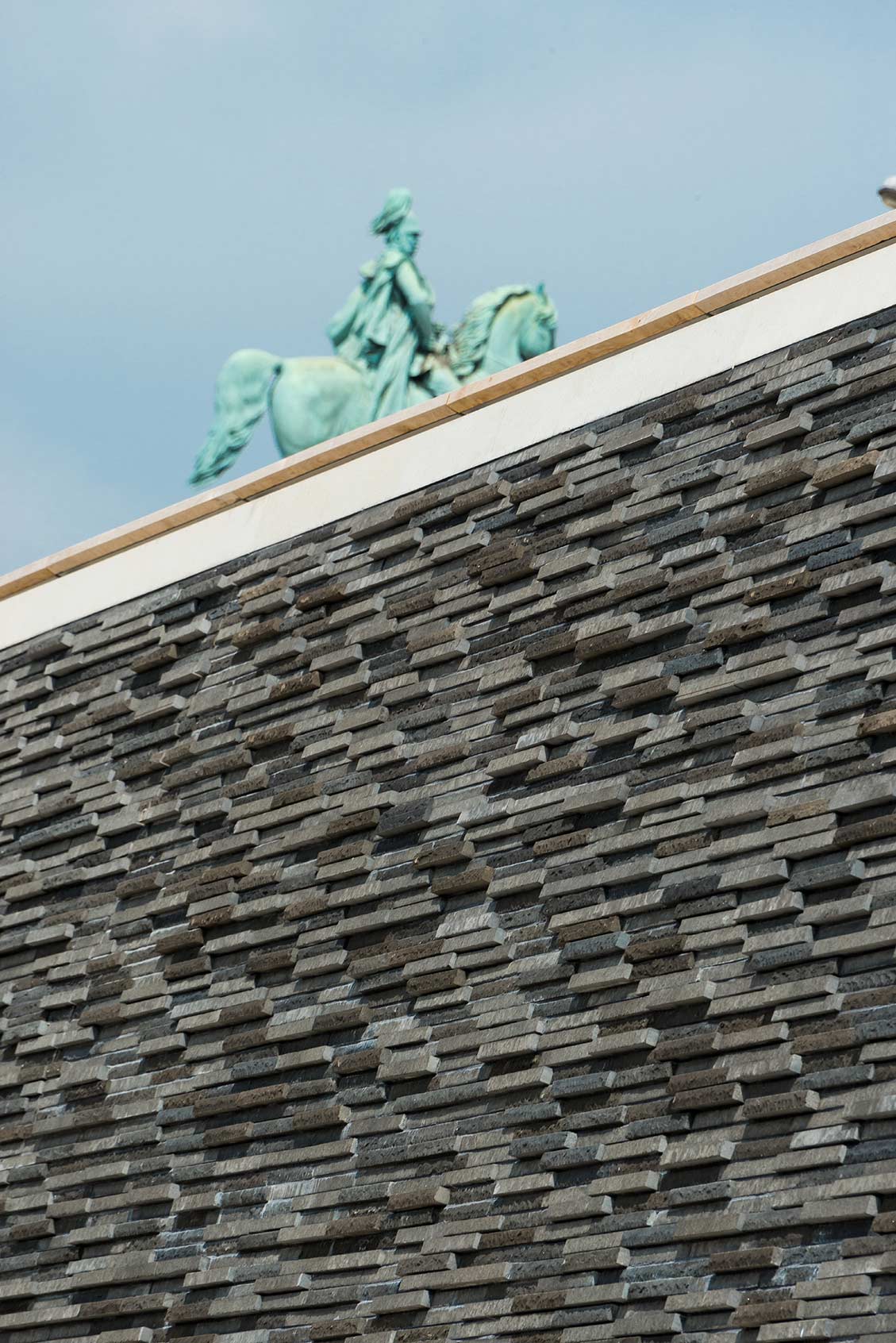 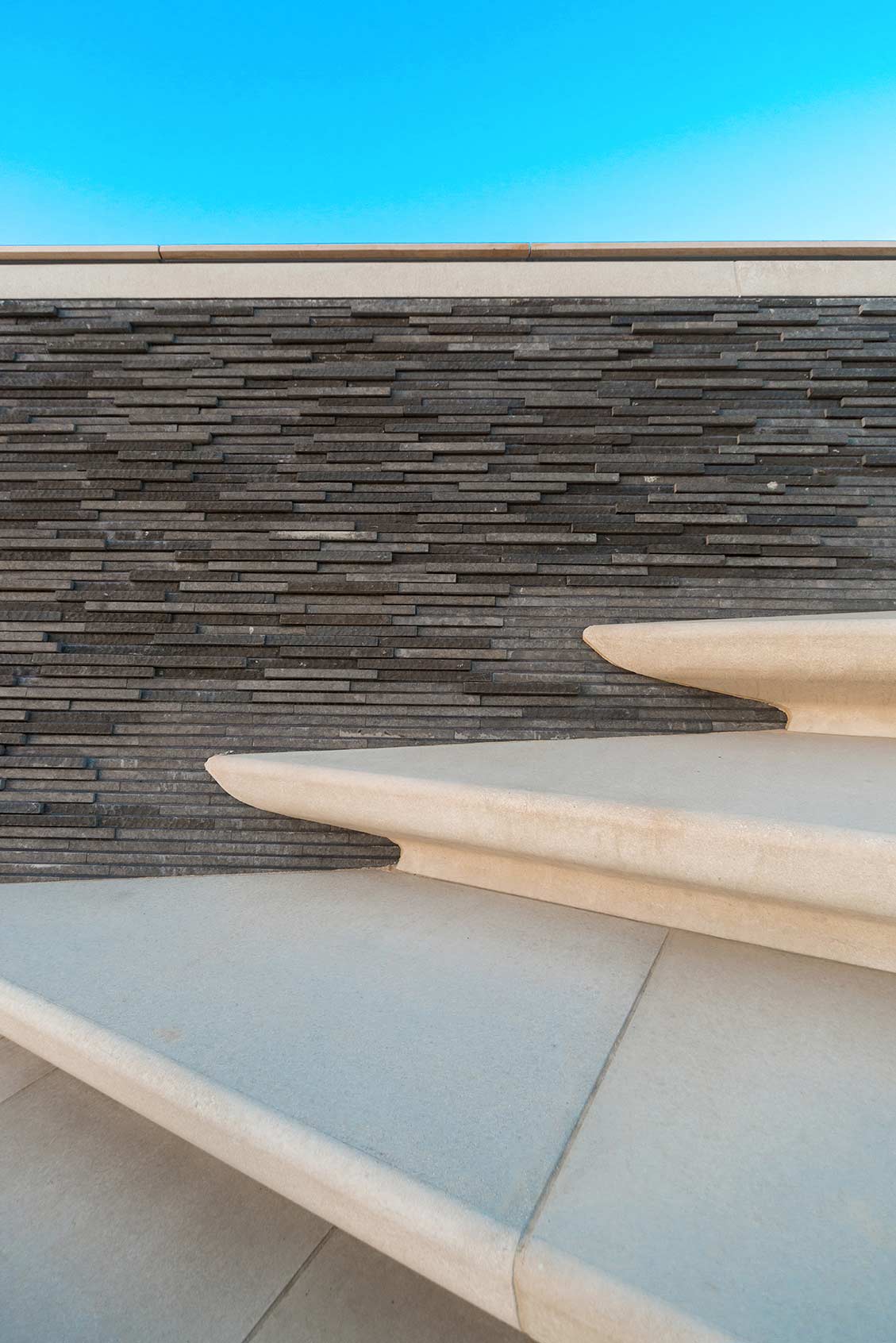 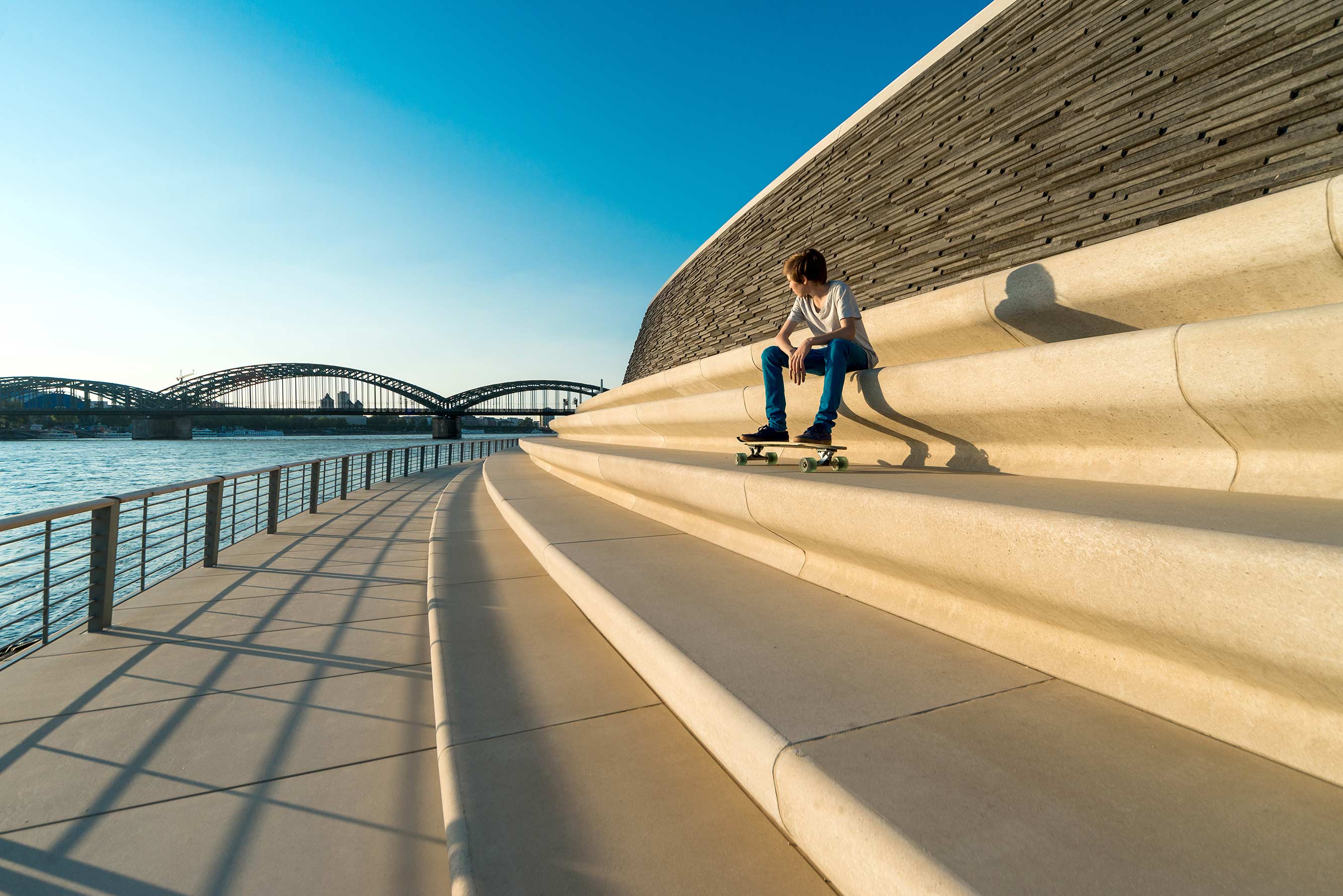