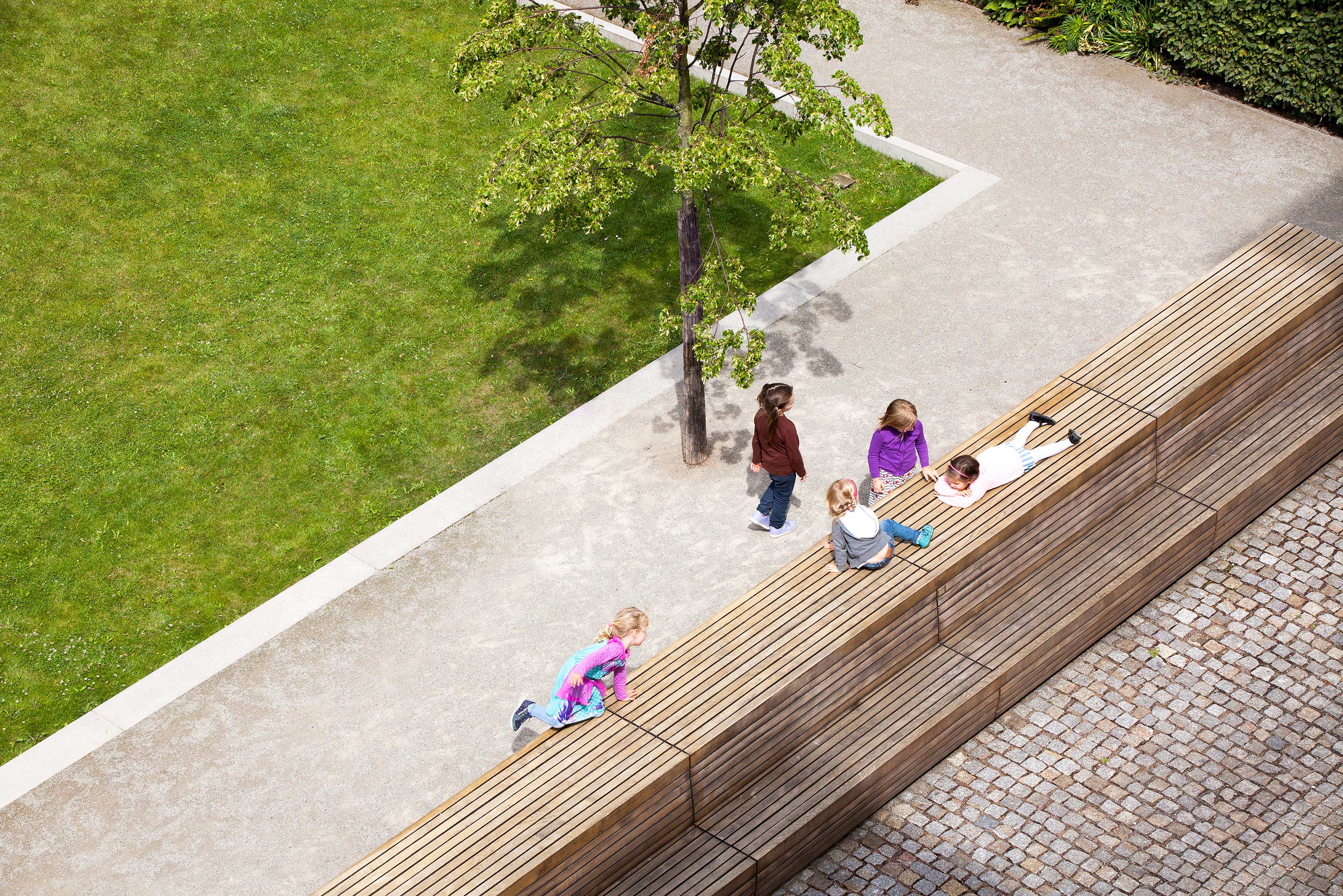 Since 1996, the Museum Berggruen, known for its Picasso collection, has been housed in the so-called Stülerbau West building, across the road from Schloss Charlottenburg. During the works to expand the museum into the neighbouring Kommandantenhaus, a decision was made to add a sculpture garden in the courtyard between the Stülerbau West, Kommandantenhaus, Bröhan Museum, and a former riding arena. The courtyard was originally a parade ground, the historical structure of which can still be seen today through the two rows of lime trees. 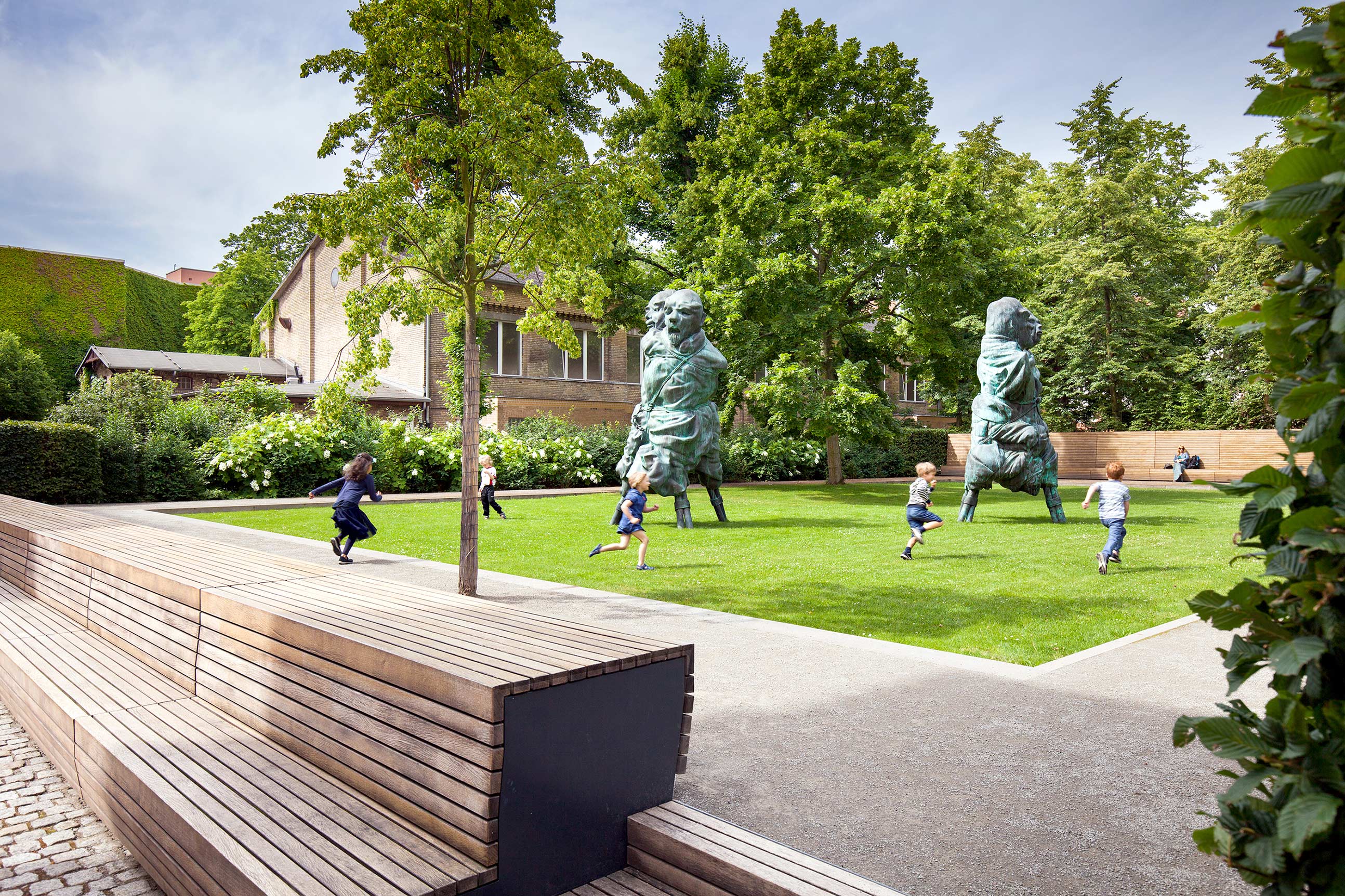 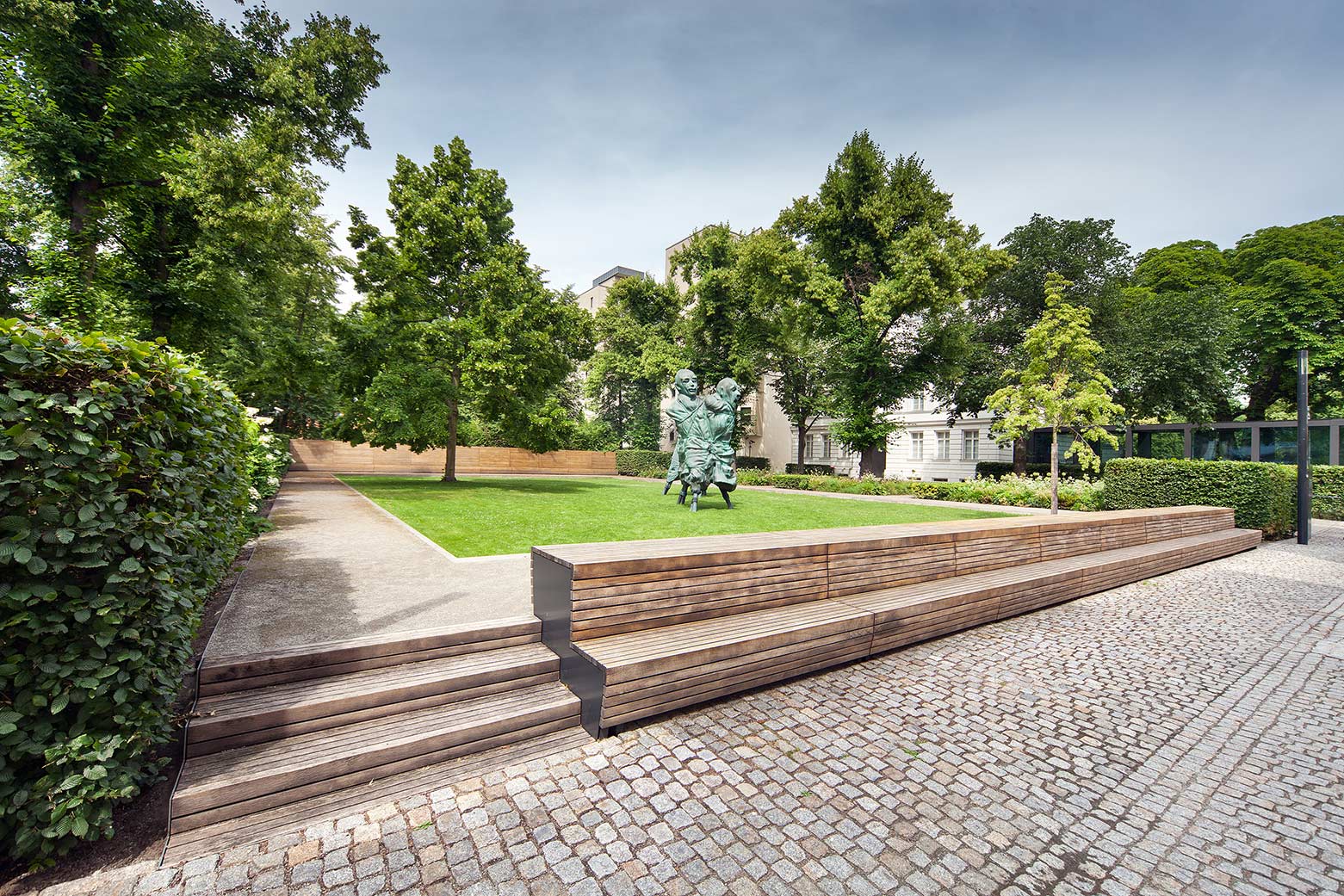 DESIGN
The design for the sculpture garden takes up the historical layout of the open space, while at the same time tying the garden more strongly to the Museum Berggruen. At the centre of the garden is a lawn, which serves as an open-air exhibition space for Thomas Schütter’s sculptures entitled ‘United Enemies’. 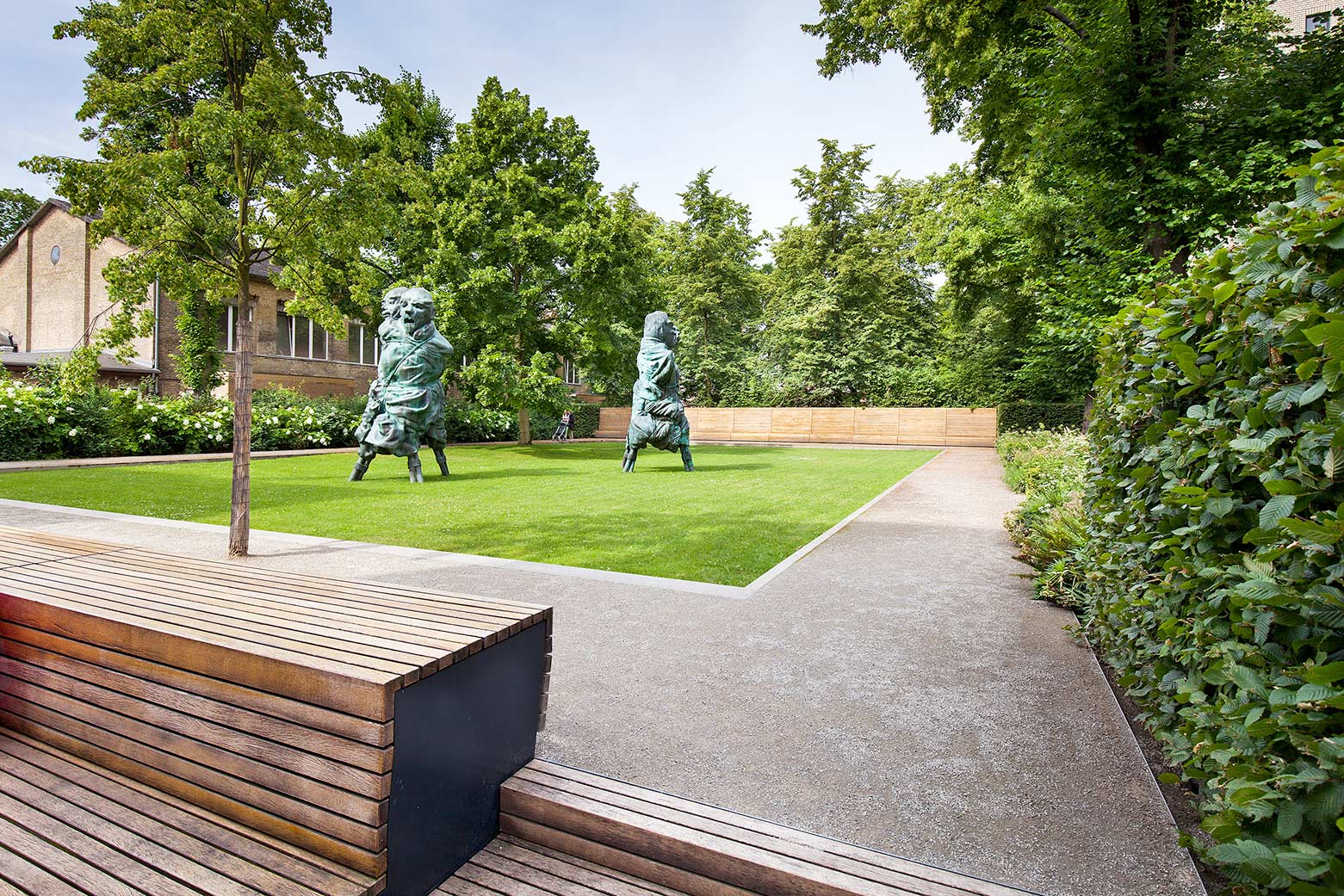 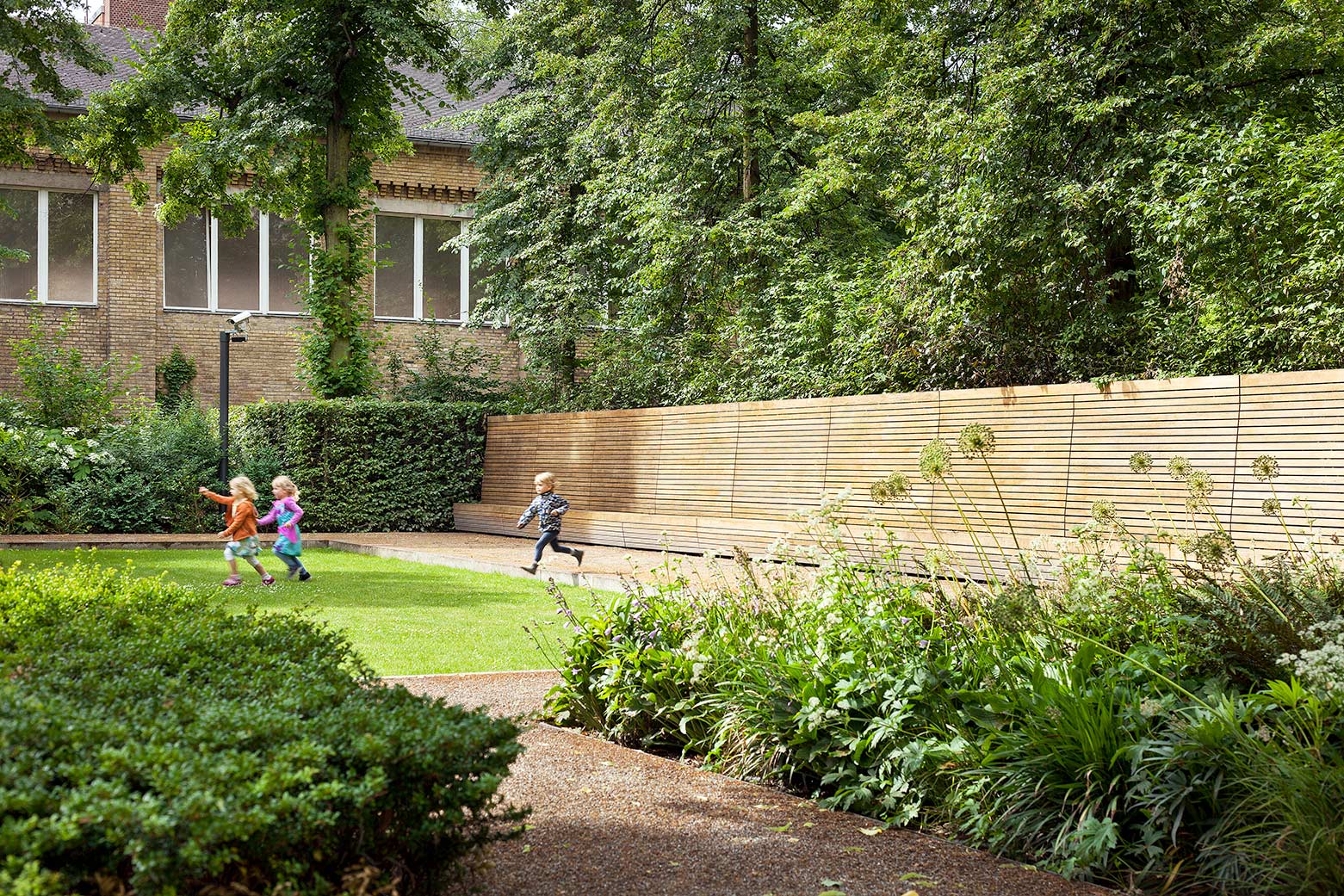 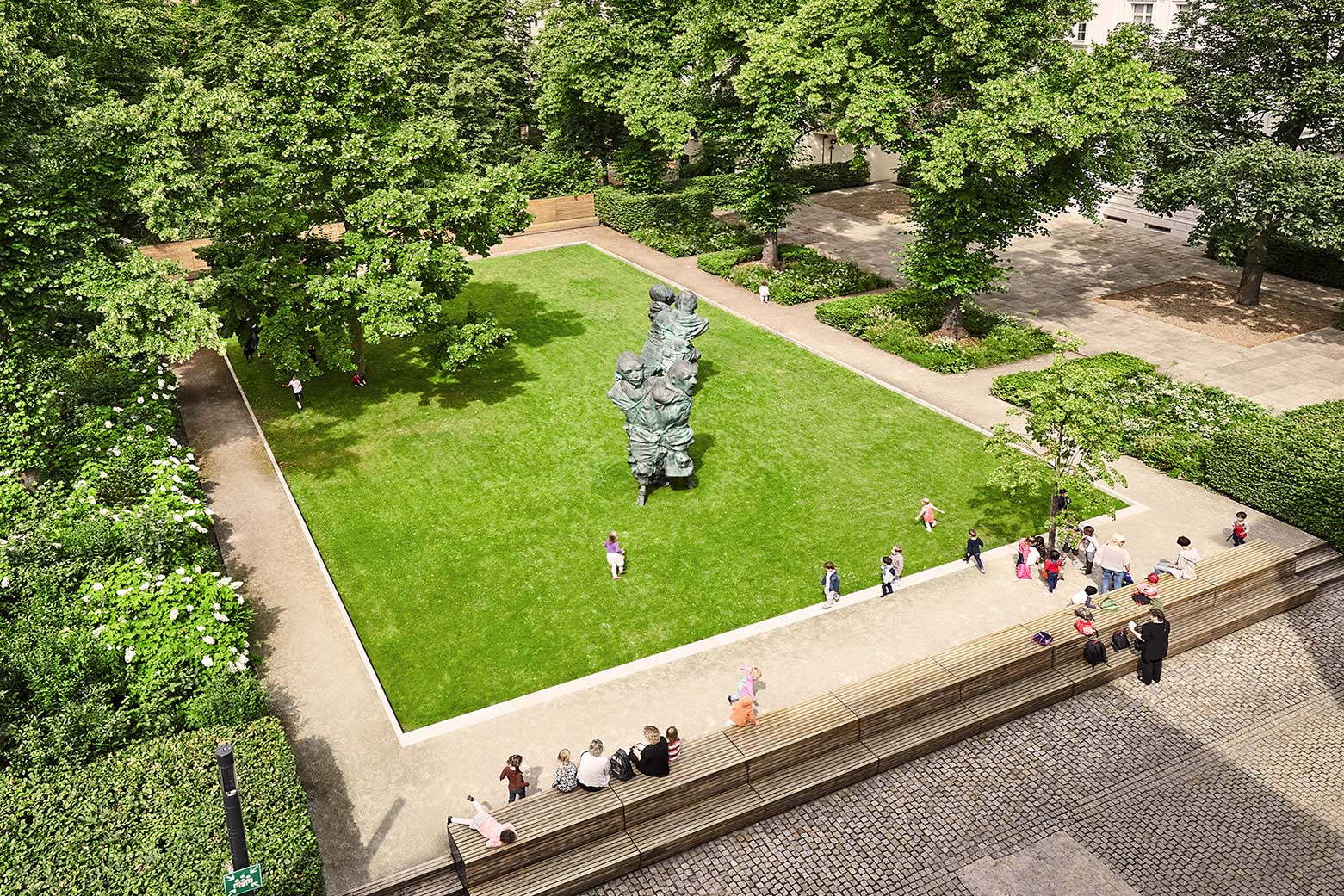 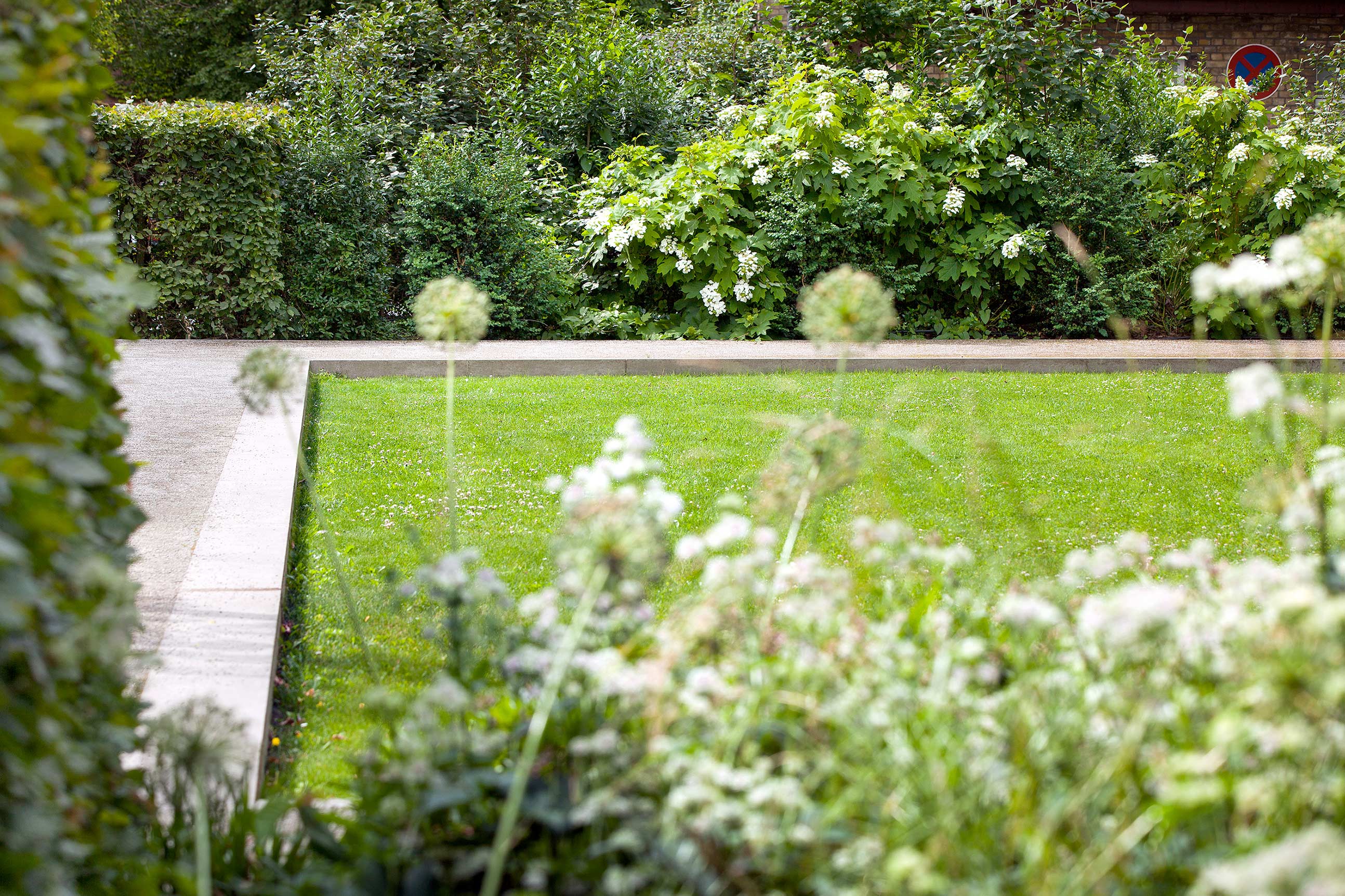 GARDEN
While the northern and southern edges of the garden are formed by vegetation, the eastern and western edges are each occupied by a wooden bench running the whole length of the middle section of the garden. The sculpture garden is open to the public during the day. Serving as the Museum Berggruen’s third exhibition space, it is also intended to be viewed from the museum’s new corridor. 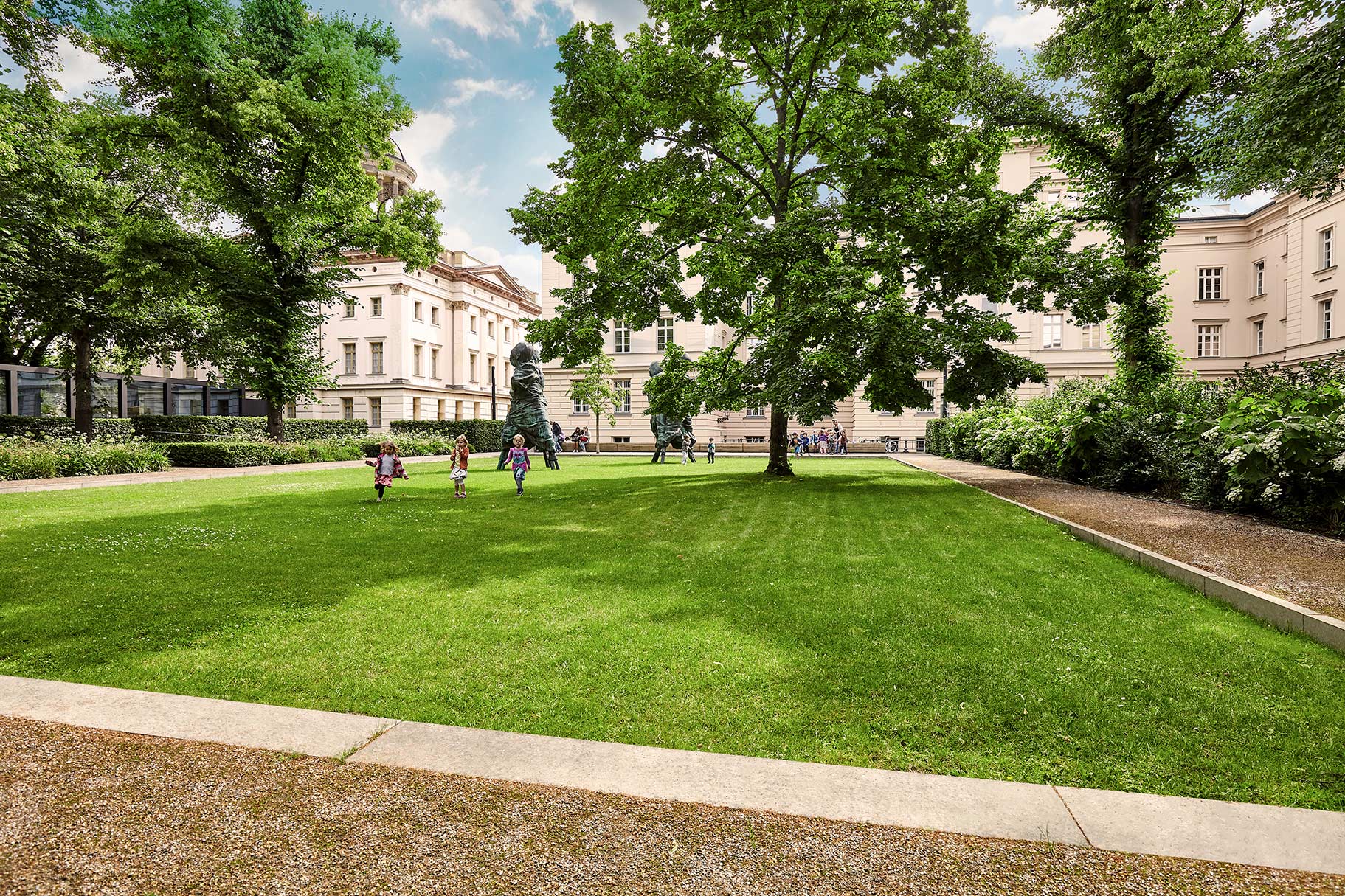 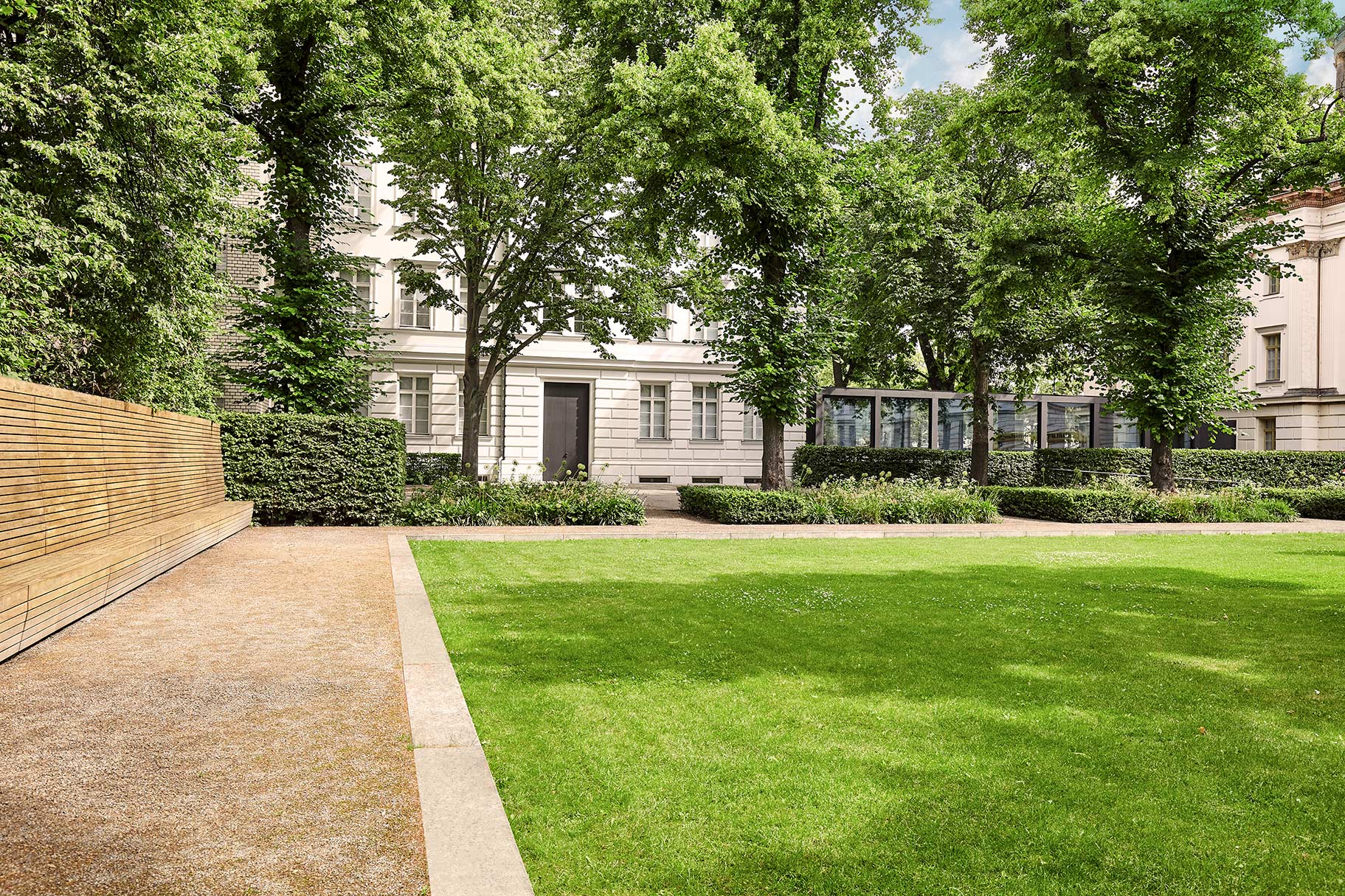 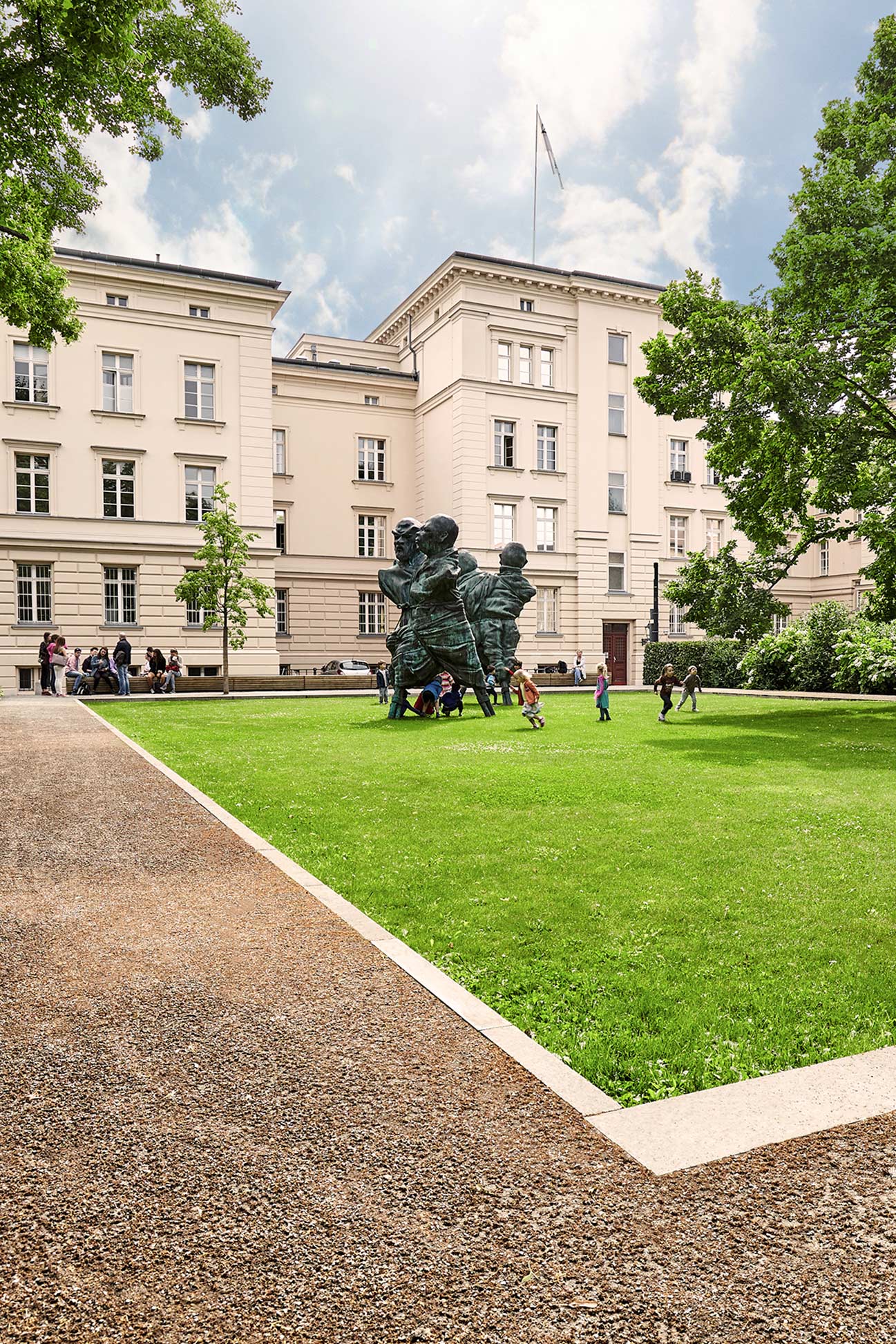 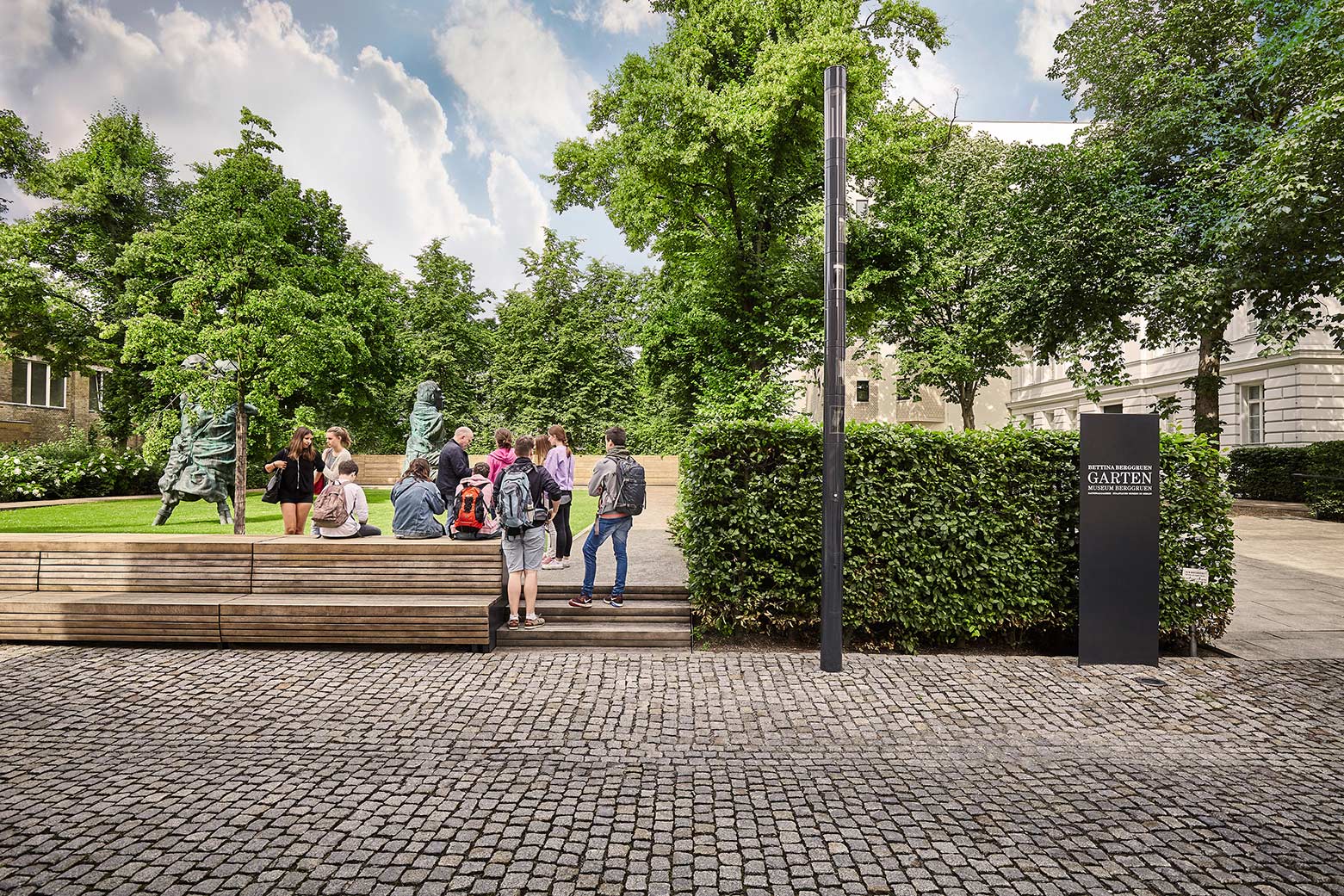